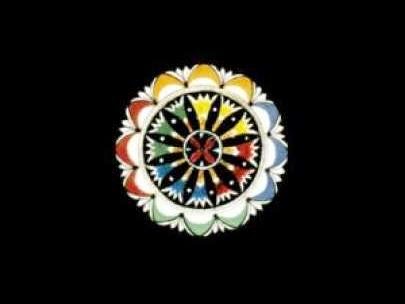 This is the first in my series of 'what ifs' in regards to J.R.R. Tolkien, and his writing. In this first installment, I will examine, in speculative fashion, if Tolkien did not write The Hobbit, but opted to finish and publish The Fall of Arthur in its place..... 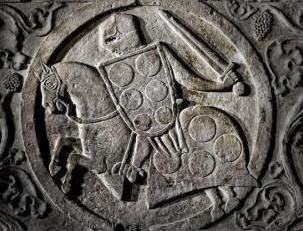 By now, you must be well-aware that I am a fan of Tolkien. Tolkien the author, and Tolkien the academic both. He has invented his own realms and legends throughout the decades, and spanning centuries. He was also a Professor and greatly enjoyed language. Among his most notable translations or variations of poems recently would be The Legend of Sigurd and Gudrun, The Fall of Arthur, and Beowulf.


Some of these were only recently known prior to publication while others had bee known for many years, but only being published in the past few years. Sigurd and Gudrun, the oldest (publication date wise) was 2009, and Beowulf was last year.

The first big thing that 'Tolkien the Author' had published, though, was The Hobbit. Originally published in 1937, this title was not [at first] connected to his other lore and worlds he was creating, but for a good number of people, The Hobbit was how they knew of Tolkien. Perhaps you are old enough to remember it being published. Maybe your parents read it to you at bed time, or that one of the books you did in school. Typically, when it comes to Tolkien, The Hobbit is the gateway to everything else.

Around the time that Tolkien began working on The Hobbit, however, he was also at work on a poem called The Fall of Arthur. The Fall of Arthur is an alliterative poem that focuses on a more 'real' Saxon type of approach than the 'usually thought of' high fantasy. Tolkien, however, abandoned the poem for the time being, in hopes of returning to it, completing it, and (dare I say?) possibly even publishing. That day never came, however, and the poem is incomplete - a fragment.

However, in 2013, Harper Collins (and, presumably also Houghton Mifflin in the US) published what was written, edited by his son and literary heir, Christopher Tolkien. In the description from the publisher of the book, I must quote - "...he abandoned it, at some date unknown, though there is some evidence that it may have been in 1937, the year of the publication of The Hobbit and the first stirrings of The Lord of the Rings. Years later, in a letter of 1955, he said that ‘he hoped to finish a long poem on The Fall of Arthur’; but that day never came."

Before I continue, I must emphasize that I am an admirer of Tolkien. What I own, and have read, I enjoy and appreciate and refer to. Due to the amount of work Tolkien had done (partly, or wanting to) there are a few 'what if...' thoughts I have form time to time while reading about Tolkien or his books - either published or unpublished, complete (by him, or Christopher) or no.

One of those to enter my head recently had been : "What if Tolkien did not write The Hobbit, and did not abandon The Fall of Arthur, but chose to complete and publish it?"

Now, I do not mean that in any negative form whatsoever towards The Hobbit, but the publisher's info in regards to The Fall of Arthur had gotten the wheels turning in my head.

Just think about that for a moment - The Hobbit does not exist.

Instead, we have a completed and published poem by J.R.R. Tolkien called The Fall of Arthur which is one of the greats, and in company with Beowulf, and The Odyssey.

Let me further analyze this. Both in terms of 'no Hobbit' and 'he finished The Fall of Arthur'.

To my knowledge, as I am not an expert on Tolkien and may have some details mixed up in this post (before now and following this phrase), The Hobbit had little to no impact on The Lord of the Rings or 'the history' (The Silmarillion, and other pre-Lord of the Rings events), other than fleshing out Gollum a little more and more history of the Ring. [I could be wrong. Did Tolkien already 'know' about Sauron and the One Ring before he wrote The Hobbit, but there was no connection between the two stories until he began on The Lord of the Rings?]

Either way, The Lord of the Rings initially began as a sequel to The Hobbit.

But if Tolkien did not publish (or write) The Hobbit, does that mean The Lord of the Rings also would not have existed?? What of the tales, histories and legends Tolkien had created that occurred prior to the setting to The Lord of the Rings? Would have been able to complete and publish The Silmarillion, or other tales from it?

Tolkien had spent a lot of time creating The Lord of the Rings. If, by 'butterfly effect' , he did not write or create even The Lord of the Rings (because The Hobbit did not exist, and therefore, did not sell) he would have had all that time now 'free' to work on other things.

Since this is the 'first in a series' of posts with a similar subject, I shall end here for now, and talk about what some of those other things could be (I have one in mind already) in another entry.

So think about if The Hobbit was not written or published (possibly even The Lord of the Rings) and The Fall of Arthur was in its place as a parting thought.

Because The Hobbit and The Lord of the Rings are so widely and well-known (and I've talked about them at great length throughout my blogging history) I won't give any info book-wise for particular editions for those wishing to buy a copy (or copies), but instead focus on The Fall of Arthur. It was a Goodreads winner, and espite its incomplete form, is one of Tolkien's best poems. It exists in:

Email ThisBlogThis!Share to TwitterShare to FacebookShare to Pinterest
Labels: alternate history, books, fantasy, J.R.R. Tolkien, poetry, speculation, The Fall of Arthur, The Hobbit, The Lord of the Rings, writing