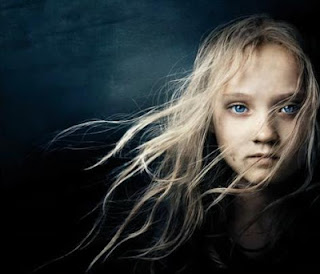 Wow, what a weekend it's been! Friday night, my girlfriend got to meet my parents. My poor sweetie was nervous the whole week about meeting them. Fear of awkwardness, fear of someone not liking else etc...but it turned out great! Everybody likes everyone. It means a lot to me that it turned out well.

We had appetizers at downtown, and survived leaving, as it was freezing raining. By that time of the night, the rainfall from the day had froze, and the water on top made walking slippery and treacherous.

After we parted ways for the night, my girlfriend and I went back to her place where her sister and cousin got some of their friends together and we played a card game (I forget the name) and drank. Following that was bed time.

In the morning, she had to work so it was up 'early'. I passed some time out on my own for a bit - grabbed a coffee and treat at Starbucks, book-browsed (and read a few bits and pieces of one or two) at Chapters. I was there for a little over an hour. I then headed to FutureShop to browse, as i like seeing the newest tech, checking out what's new on blu-ray.

A friend and I had decided to meet up and see Les Miserables. WOW. What an awesome movie. I prefer watching musicals on the stage vs as a'movie'. a previous musical film that I enjoyed was Chicago and (it's older but still good) West Side Story.

With Les Miserables, I know that there's a book....but the film isn't based on it. In 1980, it became a stage musical production, which was 'based' or 'influenced' by the book, and the film is based on the 1980 musical, rather than the novel.

With that out the way, the story was really good, the production was fantastic, and the sound, costumes, and other technical aspects were great too. The acting and singing was without a doubt the highlight of the film. The words, emotion, voice and acting for the songs was so good, I must admit I was in tears for a good chunk of the movie. There were many sad moments, either due to the story and lyrics in songs, but it was so....powerful.

After that, I met up with my girlfriend, her sister and her cousin and we went to Wild Wing for supper. It was second time there, and I enjoyed it again. The trick is, to get a chicken wing with bone, and unique flavoring. Last time I had a maple one, this time I had farmer's daughter, which was not too spicy and slightly jerked. I could feel the spice when I had about 2 left though.

After supper, we went to see The Hobbit. It was my second time, but none of them had seen the film. It was really good the second time also, and my girlfriend loved it. She read The Silmarillion in 8th grade. I still haven't read it, and probably won't all the way through because I don't see it as a novel, but more of an extra appendix / history from Lord of the Rings. My friend's sister had her birthday celebration later that night at 11, but we were so tired we couldn't make it out. Got back to my girlfriend's place for the second night in a row, had a drink, then it was off to bed.

Now I'm here! catching up on e-mail, doing a bit of reading, internet browsing and other things.

A really great weekend, and I was kept on the go (but not rushed or hurried) indeed! Seriously can not stop whistling to that tune!

Follow-ups include 'Master of the House' and 'Lovely Ladies' for being in my head. 'Look Down' is great too.

And it's not Les Mis, but I too love 'Blunt the Knives' from The Hobbit :D