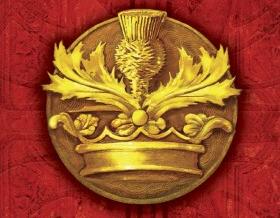 There is a series of books I intend to look into due to a building interest, and recommendations.

In the past little while, my reading has consisted of George R.R. Martin's A Song of Ice and Fire, Suzzane Collins' Hunger Games Trilogy, Stieg Larsson's Trilogy, and now, Robert Jordan's Wheel of Time. After I complete The Wheel of Time, there are a couple of other series for me to get into: Bermard Cornwell's Warlord Chronicles and Saxon Stories both, Ken Follett's Century Trilogy, Stephen King's Dark Tower, and Brandon Sanderson's Stormlight. Well, not counting the remaining books in George R.R. Martin's series, of course. Plus, there are some other novels I plan to read that aren't part of a 'series'.

It was when I was reading George R.R. Martin's series that a (former) co-worker of mine had told me about Diana Gabaldon's Outlander series. I believe that they were her favorite series of books, and recommended them to me. As you seen above by the size of my reading list, it will (and still is) a while before to get to reading them. But I definitely got interested in them.

The premise is, a woman in 1945 travels back in time to 18th century Scotland. The genre is drama, romance, and fantasy. The viewpoint is of the woman, and told in first person narrtive. Online, I've seen that if you mix Doctor Who, Gone With the Wind and Highlander together, you get Oulander (the name of the first book, and the name of the series.)

I'm a man. However, I'm 'sensitive' (not "feminine"). During an emotional part of a movie, tv show, book etc, I may get a tear or two in my eyes. I can confidentlly admit that I had tears straming down my face during the Les Miserables film. I don't like things 'too girly' though. I read and enjoyed The Hunger Games Trilogy. They were good books, and the fact that the lead character was female, and had romance, did not bother me nor take away from my enjoyment of reading. I don't mind a romance or love story - so long as it is a good strong one. Twilight and 50 Shades just seem cheesy to me.

With Outlander, however, it is due to the setting that has me primarily interested in the series. That, and sure it amy be a love story, but I've heard heard great things about the characters, the books, and the writer that I don't see the love story aspect being a negative thing. So, at some point, I'm going to give the series a shot. I can appreciate a good story, and this one seems to be different from what I normally read. By the way, many of the readers, reviewers and commenters I've seen all across the web were mostly female. Hmm.... Well, I don't to say anything sexist, or come off as such, but if women can read and enjoy A Song of Ice and Fire just as much as any man, there should be no shame in a man reading and enjoying Outlander as much as a woman.

Upon doing a bit more research online, I saw that  recognized some of the books by cover, and/or name in the past, just by walking through a bookstore, or seeing some newly released books online. Oh, the (main) books in the series: (I believe there is also a spin-off series and some novellas, too).

Outlander
Dragonfly in Amber
Voyager
Drums of Autumn
The Fiery Cross
A Breath of Snow and Ashes
An Echo in the Bone
Written in My Own Heart's Blood [to be released this year..final book? Not sure]

I haven't read them yet, so I can't give an opinion, but if you're looking for a love story better than 50 Shades or Twilight, or something 'different', check out the first book in the series, Outlander. I intend to do so also, and will post my thoughts here once I do.

As I write this, it is Robbie Burns day. Sometimes, I'll write a post, and post it later. Most often I write, then post upon completetion. Anyway, I found this interesting post related to Scotland, Outlander and Robbie Burns:

I say stop and drop what you are reading now and start on the outlander book!!! You will not be sorry, the story is like literary crack...you won't be able to put it down! It has been more than a year since I recommended them to you so....get busy and get to reading :)

I'll get onto it at same point :) I have a KoboMini, so I'll get the books on that.

It seems to be similar and different to Ice and Fire - they are vastly different, but what you posted above, I've oft said about Ice and Fire :P

My own book series is going well! SLOW but good. In the early stages of character and world development.