Give Them The Gift of Reading 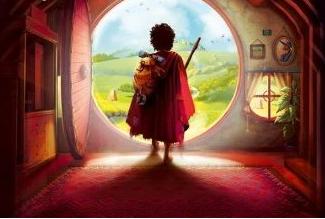 Christmas is, shockingly, weeks away, and that is a magical time of year for children and young ones. For some of us grown ups, the inner child that resides in our hearts also stirs up.

So it is no surprise that I am going to recommend a few classic tales to entertain and entice children and younger readers, be it your own, or someone you know who has kids. Or even yourself if you fancy some post-Christmas shopping.

If you've been reading this blog for a while now, you'll know that fall - winter is 'fantasy time' for me (well, that's when the spirit is awakened. It comes and goes throughout the year). So that is why I shall be starting off with some fantasy titles.

The Hobbit by J.R.R. Tolkien (illustrated by Jemima Catlin)

I definitely need to recommend The Hobbit, but a particular edition - the version with illustrations by Jemima Catlin. (it exists in hardback, deluxe, and sometime next year, paperback). There is art on nearly every page, and the way it 'interacts' with the text, kids will want to have a peek at them as you read. Also, this is a great way for them to enjoy the story of The Hobbit if the films are too dark [they are essentially The Lord of the Rings prequel Trilogy, and not intended for anyone about 8 or under]. In some searches it may be listed as 'The Color Illustrated Hobbit' / 'The Colour Illustrated Hobbit' should you want to get the edition I mentioned.

Harper Collins also has a nice edition out, which may be more common to find, and nicer to the wallet. It has (opening chapter) illustrations by David Wyatt, and is part of their 'Essential Modern Classics'. 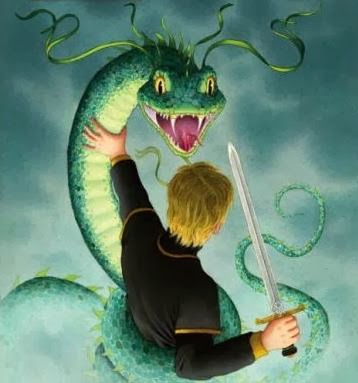 The Chronicles of Narnia by C.S. Lewis

Travel from our world into a land of enchantment and wonder. Another light-hearted and whimsical classic. There are seven books (in order of publication they are : The Lion, the Witch and the Wardrobe, Prince Caspian, Voyage of the Dawn Treader, The Silver Chair, The Horse and His Boy, The Magician's Nephew and The Last Battle). There are some Christian parallels in the books, but I enjoy them because the story is good, and has good moral values, not because of the mere fact it has religious themes in it. Also, a fourth Narnia film, The Silver Chair, is underway and will be released...sometime [2017/2018 as of now]. Which is why I have selected a scene from that book to use above.

I've just discovered this one myself! I read a short story, and have an interest to read more. This series is all-ages and has traditional staples of fantasy: quests,dragons, magic... and great writing. Yet the setting is a little different (I like to think of this as 'think of fantasy as Zelda games. Well, Earthsea would be Wind Waker')

I missed out on this somehow, and still have yet to read. However, I've heard that both the book and the animated film are classics, in both mediums. The protagonist is both an animal (unicorn) and female who leaves the safety of the forest to find out why she is the last of her kind. 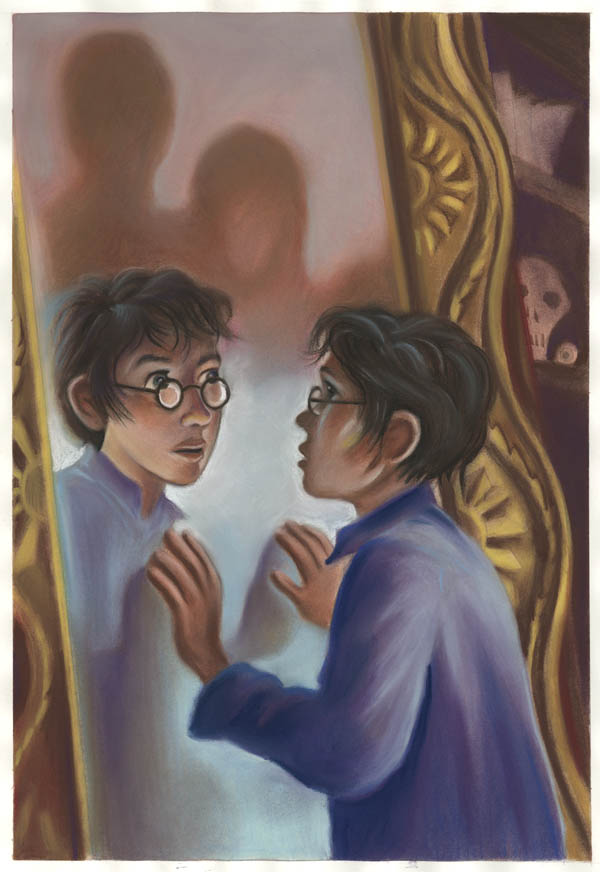 The series that got younger people reading again, or 'cool' to read. A boy who doesn't know he's a wizard goes off to wizard school to learn magic. The wild ride includes twists and turns, as well as life lessons, and themes of growing up. Because of this, the books get darker and darker as the series progresses and the characters age (as well, when the books were being published, the readership grew up too).

His Dark Materials by Phillip Pullman

Never judge a book from it's movie. You most most likely will know of this book trilogy because of the film version of The Golden Compass which came out nearly a decade ago. Essentially, the film studio was trying to re-create the magic they cast with The Lord of the Rings. Sadly, the first film did not go well, and the rest of the trilogy on film remains on told.

But we're talking about books.

A very unique (yet similar to Narnia...) fantasy, this takes place in an alternate world, where our souls reside as a physical manifestation in the form of animals. Like Narnia, it has "religious messages" and "controversy", but if do not care about that and just want to give a great story , you can't go wrong here.

Alice in Wonderland by Lewis Carroll

Alice's Adventures in Wonderland
Through the Looking Glass

Nothing more needs to be said about Alice.

"Second star to the right, and straight on 'til morning!" The story that has everything - magic, mermaids, pirates...