The Hobbit soundtrack and more

LORD OF THE RINGS: PART 1

The beginning of the Lord of the Rings. Fantastic, music and a great start to the story. So many motifs and various themes. All three films (although this was the beginning) were landmarks and fantastic achievements in the soundtrack genre.

LORD OF THE RINGS: PART 2

Howard Shore delivers another masterpiece. Of the three films, Part 2 is my personal favorite when it comes to the music. Of all three single disc releases, this is the best of three.

LORD OF THE RINGS: PART 3 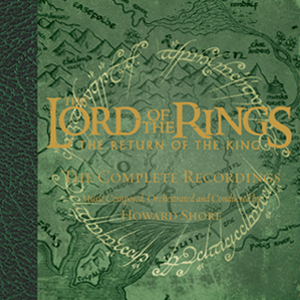 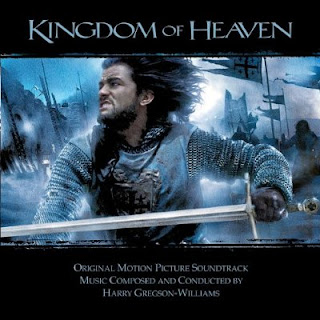 This score could very well be Harry Gregson-Williams best that I've heard so far. Great score with a unique approach to the orchestration, as well as the various cultures. While Lord of the Rings gave each culture that didn't exist (though we could believe it very well could have...), we get actual various ethnicities here. It's similar to Gladiator in terms of style, but much better...not that there is anything with the Gladiator score. I love it, but recommend Kingdom over it.

The best of the Narnia scores. The first one was wondrous, magical and 'festive' (due to the winterness of it), this one is an improved score, and the themes are better put to use. It sounds very similar to the first one at times, but as an album I found this to be superior.

All three Dark Knight films have great music, but I feel that The Dark Knight, the second of the three, has the strongest soundtrack. It's a great album to listen to, with the themes for Batman, The Joker, and Harvey Dent all working with (or against...) each other.

To date (I've yet to hear the Skyfall score) this is the best representation (and album) for a James Bond film. I haven't heard much by David Arnold, but this is a great release by him.

This haunting and beautiful score is based on a few notes of a lullaby. Amazing work. Without a doubt, the best of the John Williams + Spielberg teamup. Munich is a close second. This score is so beautiful and heart wrenching, the violin will make you weep. Potentially the most "important" films core ever.

James Horner's best score. The movie was so-so (I found) but the music for it is simply amazing. If you only hear one score by James Horner, make it this.

Well, I'd run out of room I believe! I know there's some I missed...that's it for what I own that I can recommend. I could easily make this post huge, but based on what I own, and what I have, these are some great film scores worth checking out.
Posted by insurrbution @ 23:01