Wind Through the Paperback 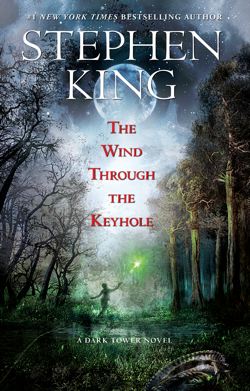 Stephen King's new Dark Tower book, Wind Through the Keyhole, is coming out (in the format I have the rest of the series in) on Feb. 26, 2013.


It is just a basic paperback. Not the larger format 'trade paperback' (which is coming in Nov. I haven't read any of the books yet, but they are in my reading pile. This book is essentially 'Dark Tower Book 4.5'. It was published AFTER The Dark Tower, the series finale but takes place earlier in the series (not before) making it an 'interquel'.

Stephen King likes to re-do some of his books from time to time. As far as I can recall, he's only done so with The Stand and the first Dark Tower book, The Gunslinger. Here, he's added a bit to a SERIES.

Since I'm a first time reader, I've been told that the best order to read the material in is:

Any King scholars, feel free to weigh in via comments.... Once I'm finished reading the books, I plan to venture into the Dark Tower comic series by Marvel.

Here's more detail about that: http://en.wikipedia.org/wiki/Dark_Tower_comics