Please note: if there any plans to release these, please do not change them - I only guessing and speculating and providing feedback. I seek no credit nor monetary gain if my thoughts happen to be correct. 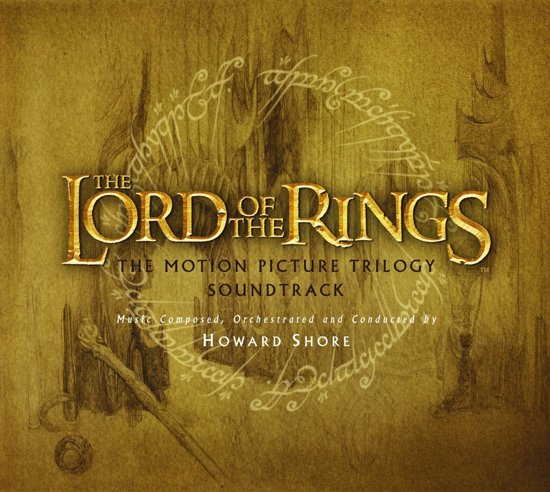 With The Two Towers being released on vinyl at the end of July (and, most likely, The Return of the King sometime before 2019) I wanted to share some thoughts and musings about some other Lord of the Rings releases that could happen on the vinyl format.

It would also be neat if the original soundtrack releases made their way to vinyl.

The way that the vinyls for The Complete Recordings replicated the look and design of the original CDs, this could also be possible with the original soundtracks, should they arrive on vinyl.

Here's how I can see it looking:

- the box would be a slipcase for the three soundtracks: The Fellowship of the Ring, The Two Towers and The Return of the King. Each will also available on their own, as well.

- the vinyls will be black, 180g, and 'unlimited' (as in, not numbered or limited edition) and each soundtrack will be 2LPs, for a total of 6 LPs in the boxed set

- the cover artwork for the vinyls will be the same as the CD covers, depending on region (I say this, because the cover artwork was different for The Fellowship of the Ring, depending on country). The teaser images could also be used for the vinyl cover art: the Argonath poster for Fellowship, "The Two Towers" poster for The Two Towers, and Aragorn grasping Anduril by the hilt for The Return of the King.

- in the boxed set, as with the trilogy CD set, you'll get all the 'character cards' for all 3 soundtracks (perhaps make them vinyl-size appropriate?) Perhaps it could also be designed in such a way so that if anyone wants, they can use the cards as the 'cover' of the vinyl...?. A possible way to present them would be to have all the cards from all 3 soundtracks together in one 'book', exclusive to the boxed set. Another would be to have them in a sleeve, and all as separate prints.

- the booklets / liner notes reproduced and enlarged appropriate to the vinyl format.