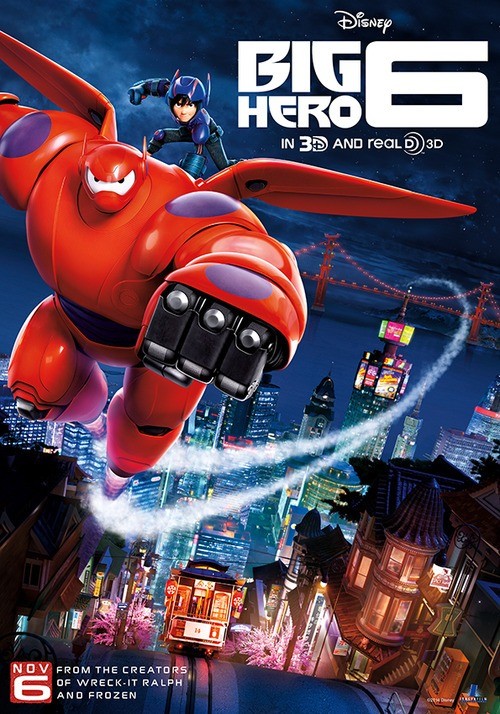 Next up on my "I'll Netflix That" series is a movie that I wanted to see in cinemas, but misse dout on. Maybe it was a busy time in my life? Maybe there were quite a few other movies in cinemas, and this one made the cut....either way, Big Hero 6 became a Netflix title for me. But not for the 'usual' reasons.

I quite enjoyed it! I'm somewhat glad I didn't pay the big bucks for the cinema experience but it was what I expected: the origin story reminded me of Iron Man a bit, the 'fun' element reminded me of The Incredibles or The Avengers, and the humor of Meet the Robinsons.

It's definitely a "Disney movie" in the truest sense of the word, while also being "Marvel Lite." If you enjoyed The Incredibles as well as Dragons from Dreamworks; you'll most likely find something to like here. There's something for everyone if you like animated films and / or superhero movies. It has an adventure element seen in such films such as the Dragons series by Dreamworks, The Incredibles, while brining the humor seen in Meet the Robinsons or Zootopia. It's not exactly ground-breaking, nor offers anything new or special we haven't seen before. The Disney charm has a spark in this one, and thus it's worth seeing. Just don't expect too much.