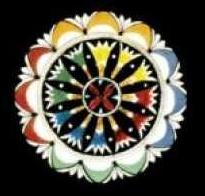 Well, I thought I'd provide an update thus far, to let everyone know how the year is so far. I generally post news that interests me, as well as others, but I wanted to provide a general summary.

I've been playing the heck out of The Legend of Zelda: Breath of the Wild on wii u. If there are any wii u owners have a hard time tracking it down, may I suggest buying it off the eshop? It's going quite well....I want to talk about it, but I don't want to ruin anything though! Perhaps I'll share my thoughts closer to when the first DLC batch rolls around...that way, hopefully, very mild spoilers will be known.

It's officially spring now! Even though it may not seem like it, due to winter weather not wanting to leave.I love winter, and the snow. But enough is enough. I suppose I wish we always had all 4 seasons lasting the same amount of time, weather wise.

The reading has slowed down a tad, in favor of my playing Zelda. I'm reading on the ereader when I travel (even if it's a commute trip). Presently, for actual physical books, I'm reading the Skyrim Library books. I'm on Vol. 1, and my next portion to read is titled "The Argonian Account."I have a few books I'd like to read once I finish the Elder Scrolls game ones [I have the 3 Skyrim ones, as well as the 2 Elder Scrolls Online ones). I recently obtained signed copies of Ron MacLean's Hockey Towns, and Alan Doyle's Where I Belong. They were first editions, signed, 50% off, AND 5X the plum points! Keep an eye out for my books reviews.

I know I'm getting ahead of myself here, but for 'Hobbit Day' ("....the 22nd of September...") I'd like begin reading The Annotated Hobbit. As I mentioned previously via the blog, when I was getting my Tolkien books, I was opting for them to be in hardback, and to match. None of the others 'match' The Annotated Hobbit, so I never really paid any attention to it. Not out of disinterest, but due to that fact. However, it was when I was gifted it, that I decided "the next time I read The Hobbit, it'll be this one." Following that, depending on my mood, or how my reading pile looks, I may even re-read The Lord of the Rings in conjunction with The Reader's Companion; something I didn't use, or do, during my most recent read.

Speaking of Tolkien, I look forward to the release of Beren and Luthien in a few months. Just to know what the contents are will be interesting as well. once I return to reading Tolkien [not counting reading of The Annotated Hobbit, as well as potentially The Lord of the Rings, that is] I intend to read: The Children of Hurin, Beren and Luthien, Tales From the Perilous Realm, The Legend of Sigurd and Gudrun, The Fall of Arthur, Beowulf and The Story of Kullervo. I'm still waiting to see whether or not Harper Collins will publish a deluxe edition of The Lay of Aotrou and Itroun before deciding to get the hardback copy. If they don't, I'll get it as an ebook. I'll give them until July, for a listing to start appearing on sites such as Amazon UK, and Book Depository. Speaking of upcoming Tolkien books, that warrants a blog post sometime soon. Also, I'm looking forward to getting the revised edition of The Tolkien Companion and Guide boxed set by Hammond + Scull.

Moviewise, I saw Logan recently - last Friday in fact. I hope to have a review of that up sometime soon. Looking forward, next, to Guardians 2 and Dunkirk. A few others throughout the year, but those are the next big ones for me.

On the TV, my lady and I are presently watching Iron Fist together. It's not too bad. It's a bit uneven at times, but nowhere as bad as people saying it is. It may be possible that they may be unfamiliar with the Iron Fist comics [I am], or comparing it to other fare such as Daredevil or Arrow. I also finished Season 3 of Halt and Catch Fire on Netflix. Looking forward to Season 4, though I know itll be a bit yet. On my 'rotation' I'm keeping an eye out for Season 3 of Turn to be uploaded. Just today I finished watching Season 1 of Badlands. It's worth giving a go. I hope it stays good, and doesn't up sucking later.

I'm also watching more sports [though, again, Zelda...I Have been waiting close to 3 - 3.5 years for this game] namely hockey (Ottawa Senators) and Baseball (Blue Jays). My hockey watching will likely pick up, as we are nearing the playoffs. Once the first round has been announced, I'll share my thoughts on the blog.

Last, but certainly not least, is the beer! Spring is typically IPA season. I have a few from Beau's I'm looking forward to picking up [I'm due for another Beau's run at some point, as well as a pack of Lugtread. I like to pick up Lugtread up at the very minimum once per season.] In April sometime I'm hoping to pop into Whitewater [if you have they chance to try their beer on tap, do it]. My own 'cache' is beginning to run quit low. I'll have a peek at LCBO this weekend at some point to see what's new and featured, as well what's available. I'll make a note to see if the newest by Creemore and/or Muskoka is in  as well....

And that, is pretty much all!
Posted by insurrbution @ 16:51