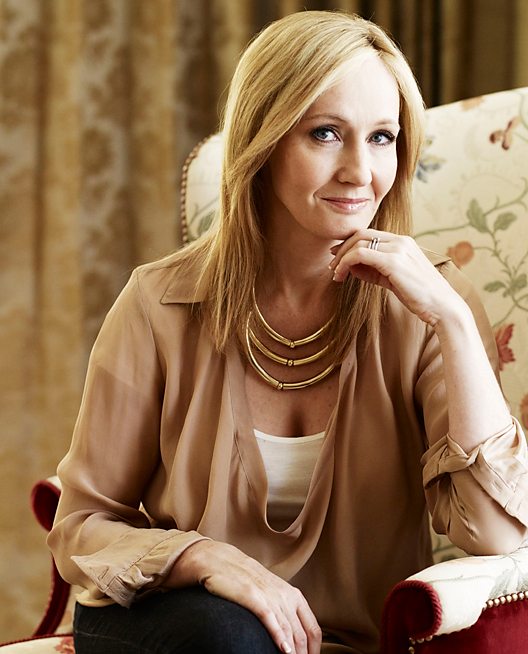 To begin with, I need to state that I am a big of both the Harry Potter books, as well as the films. Hundreds of hundreds of peoples' lives have been changed, or affected, by her Harry Potter series. She made reading 'cool' again.

However, ever since Deathly Hallows (both film and book) had ended, I can't help but notic something 'odd', especially of late.

I've got "The Complete Harry Potter Collection", which includes all 7 of the Harry Potter books. It was I believe 2011 or 2012 that she launched Pottermore. From the looks of things, it was going to be an impressive, interesting and expansion of the world she created in the books. In fact, it would 'cover' the books, while going off in a few different directions. This was fine, as its been said that she would create new content for Pottermore (such as little short stories to actually creating the Sorting Hat questions.). I thought that was pretty neat of her to get involved like that. I mean, who can say no to more of Harry Potter / the wizarding world? I only wish she would have actually printed or published some of this info as a physical book, rather than through the website. Though I'm certain it's got something to do with the rights of the book.

Well.....there's been a few instances where it's how she's revealed some information that I haven't been fond of. The first example I can think of, is making Dumbledore. I have no issue with Dumbledore, or homosexuality, or both. It's the fact that she stated or revealed this information (not that it affects the plot) after a book's been published. Nowhere in any of the Harry Potter books are lead to believe the character's sexual orientation. OK, so he was 'close' with Grindelwald way back when. That's completely fine. If you want to make your character gay, don't openly SAY it in the text, but don't be vague about it either. If it doesn't state this in my "complete" box set, it's not canon; despite what she says after the book's been printed.

Another potentially sore topic to discuss is the fact that Hermione is black in the Cursed Child play. Again, I have absolutely no issue with black people, hermione, or hermione being black. It's a play, so of course you're going to want to have the best actress/actor for the part. Again, it's Rowling's attitude towards this issue. Sure, you never explicity or directly say that she's non-white in the books, but if she's supposedly been non-white all along, wouldn't that be something you would inform the artists doing your book covers? Or, perhaps, telling the film producers so that a black actress can be casted? If it's not said so that 'any girl can picture herself as Hermione' that's perfectly fine. But don't say she was black all along, when you had many chances in the past to correct us, or 'reveal' this info. Again, what bugs me is Rowling's attitude on the topic.

I also have another issue with Cursed Child. Not the play, and this is more of the marketing of the 'book' that's coming out.

First of all, this is not "harry Potter book 8". Yes, it continues the story, but it's not a novel or story - it's a transcript of the play: see the front cover? "Special REHERSAL Edition". Also, there are other names on the front of the book: J.K.  Rowling did not write this play. She came up with the idea, or plot outline, but she didn't sit down and write the whole thing out.

BECAUSE it's by J.K. Rowling, and is associated with harry Potter, lots of people will most likely buy it. Some knowing it's a ply script, and not by J.K. Rowling, others not knowing and being potentially disappointed on publication day. Others, may not care one way or the other as long as its MORE of the wizarding world. I don't blame you, it's just that I'm a tad 'sore' at Rowling's attitude and opinions of stuff. I also recall that Deathly Hallows would be the final Harry Potter book. I see that as HARRY POTTER, not wizarding world. If she expands Fantastic Beasts as an actual story, I'd be up for that. Or the Four Founders, or something about the Marauders. Or something far in the future, such as about 'The Trio's' grandchildren. Or, as revealed, sets of stories about the other schools of witchcraft and wizardry. I will likely 'forgive; J.K Rowling in the future, as she long she keeps the random publicity 'stunts' down to a minimum (ie, changing what's been published by way of random interviews or twitter tweets, as opposed to put it in printing /publishing.)

It's her fandom, her universe, so she can do what she wants; I've just noticed a slightly odd, or prickly demeanor in her attitude since Harry Potter has finished. I would do things differently myself if I were her. But that's the thing: I'm not J.K. Rowling. No matter happens, I am glad and grateful for the 7 Harry Potter stories that she has given us. Just that some of her recent decisions or opinions and attitudes, cause me to shake or scratch my head.
Posted by insurrbution @ 15:54