Just recently I finally got around to seeing The Revenant (review on the way...) and that got me thinking that I didn't do a post about which films of 2016 I'm most interested in seeing. Not all of them will be in the cinema though.

Well, here they are! Who said all superhero movies have to be family friendly? Ryan Reynolds seems perfect for this. I won't see this in cinemas because you just KNOW there will be a '20 minute longer more extreme edition' on blu-ray so I'll wait for that. Still want to see the film though. How far will they go?? I still haven't seen Insurrgent, but I enjoyed the first film enough to keep watching and finish the series. I'm not seeing them in cinemas, however. I'm curious about this film....DC movies, for the most part, except for Nolan's Batman Trilogy, have never fared well. That's what's keeping out of the cinemas for this one. I still want to see it, but I'm going to wait for blu-ray / Netflix for it. I'm not getting my hopes up. It's another big piece of the Marvel films, so of course I have to see it! Apparantly, it serves as an epilogue to The Avengers 2 and begins to set up Infinity War: Part 1 quite well! I'm willing to pay to see this in cinemas. 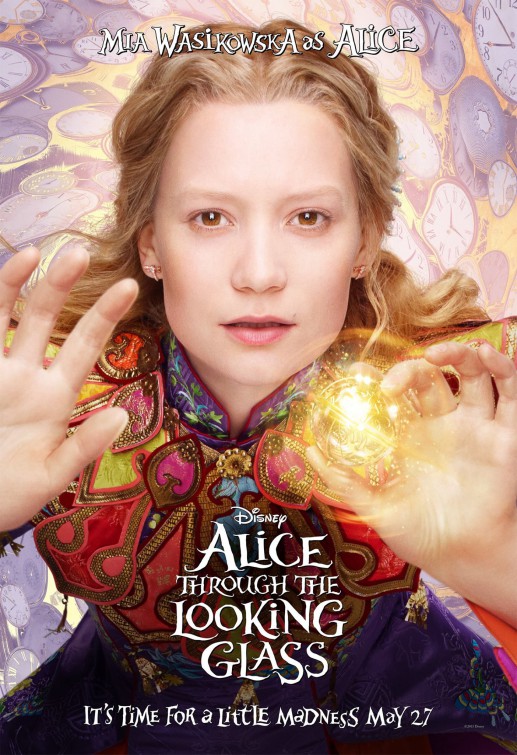 THROUGH THE LOOKING GLASS [undecided]

I enjoyed the tim Burton one from 'back when', but it wasn't perfect. No wth pretty much the same cast crew, and look and feel, we FINALLY get a proper sequel, or rather, adaptation of Through the Looking Glass. It's too early to tell, but I'm hoping this one is at least as good as the first one. I've always been a fan of the X-Men film franchise. Sure, some have been better others but they've been consistently good. This film serves as both the ending of the 'new trilogy' (First Class, Days of Future Past, now this film) as well as the entire film franchise. It may set up possible spin-offs etc, but I'm hoping after this film, we can finally start seeing mutants in the MCU. Sell the rights to Marvel, Fox!

The adaptation of Blizzard's first game in the series looks to be an impressive cinematic experience....here's hoping it proves to be a quality film, as well as adaptation. Truly, one can rarely go wrong with Pixar. Possibly an 'unncessary' sequel, it looks it will be a good one.

The first two were pretty good, so I'm looking forward to seeing how it plays out. The cast is great, even though these newer films may not feel like the Star Trek of yester-year.

I'm looking forward to seeing Robert Langdon's next outting. I've not the read the books (partly because I hear they're 'meh') so I'll stick with watching the films at my own pace.

I've always had a guilty pleasure in these. I'm not expecting much, but I'll see it at some point.

The first one surprised me. It wasn't anything special, but it was better than I thought. I'll be sure to keep an (out of cinema) eye for this one when it's out to see 'at home'.

We finally get proper / heavy more magic in the MCU. I usually catch the MCU Marvel movies once they come out at the cinema, and this one won't be an exception to that rule. Cumberbatch looks good so far as the character.

ASSASSIN'S CREED [not decided yet...]

Everything about this film seems promising based on what I've read and seen. i hope it's good, and does well, but it's still too early yet.


So those are the films coming out in 2016 (that I know of at this point) that I am remotely interested in seeing, either at the cinema or the comfort of my own home.