"The Story of Kullervo" Release Info 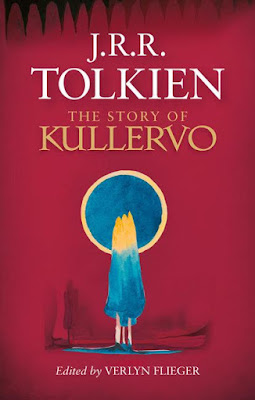 The world first publication of a previously unknown work of fantasy by J.R.R. Tolkien, which tells the powerful story of a doomed young man who is sold into slavery and who swears revenge on the magician who killed his father.

Kullervo son of Kalervo is perhaps the darkest and most tragic of all J.R.R. Tolkien’s characters. ‘Hapless Kullervo’, as Tolkien called him, is a luckless orphan boy with supernatural powers and a tragic destiny.


Brought up in the homestead of the dark magician Untamo, who killed his father, kidnapped his mother, and who tries three times to kill him when still a boy, Kullervo is alone save for the love of his twin sister, Wanona, and guarded by the magical powers of the black dog, Musti. When Kullervo is sold into slavery he swears revenge on the magician, but he will learn that even at the point of vengeance there is no escape from the cruellest of fates.


Tolkien himself said that The Story of Kullervo was ‘the germ of my attempt to write legends of my own’, and was ‘a major matter in the legends of the First Age’. Tolkien’s Kullervo is the clear ancestor of Túrin Turambar, tragic incestuous hero of The Silmarillion. In addition to it being a powerful story in its own right, The Story of Kullervo – published here for the first time with the author’s drafts, notes and lecture-essays on its source-work, The Kalevala – is a foundation stone in the structure of Tolkien’s invented world.


That,  as well as the cover image, courtesy of Harper Collins. On release day, there will be the hardback edition, as well as an e-book. No word on deluxe edition - yet. Don't get your hopes up, as that's usually announced as well at the same time.

Much like The Fall of Arthur, the tale is unfinished, and the book clocks in at around 192 pages, perhaps making it 'more dustjacket than book', if one opts for the hardback. For those that prefer paperback, it should most likely be out next year. I myself opted for the ebook this go-around. I'll give the physical copy a look and flip-through once it's released.The book will be published the end of August 2015.

The cover image for the book is a reproduction of Tolkien's piece The Land of Pohja: 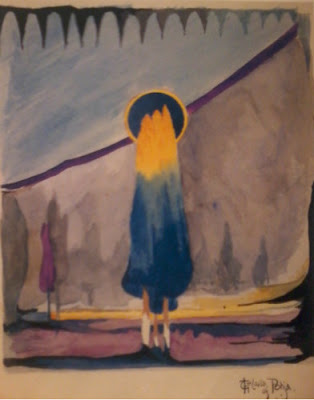 I will close by staying that I look forward to any 'new' Tolkien material, as well what image(s) will be used as the cover artwork. As mentioned before, it's thanks to Tolkien that I became interested in buying (certain editions of) books. It's neat that the cover for Kullervo matches that of Tolkien's Beowulf :