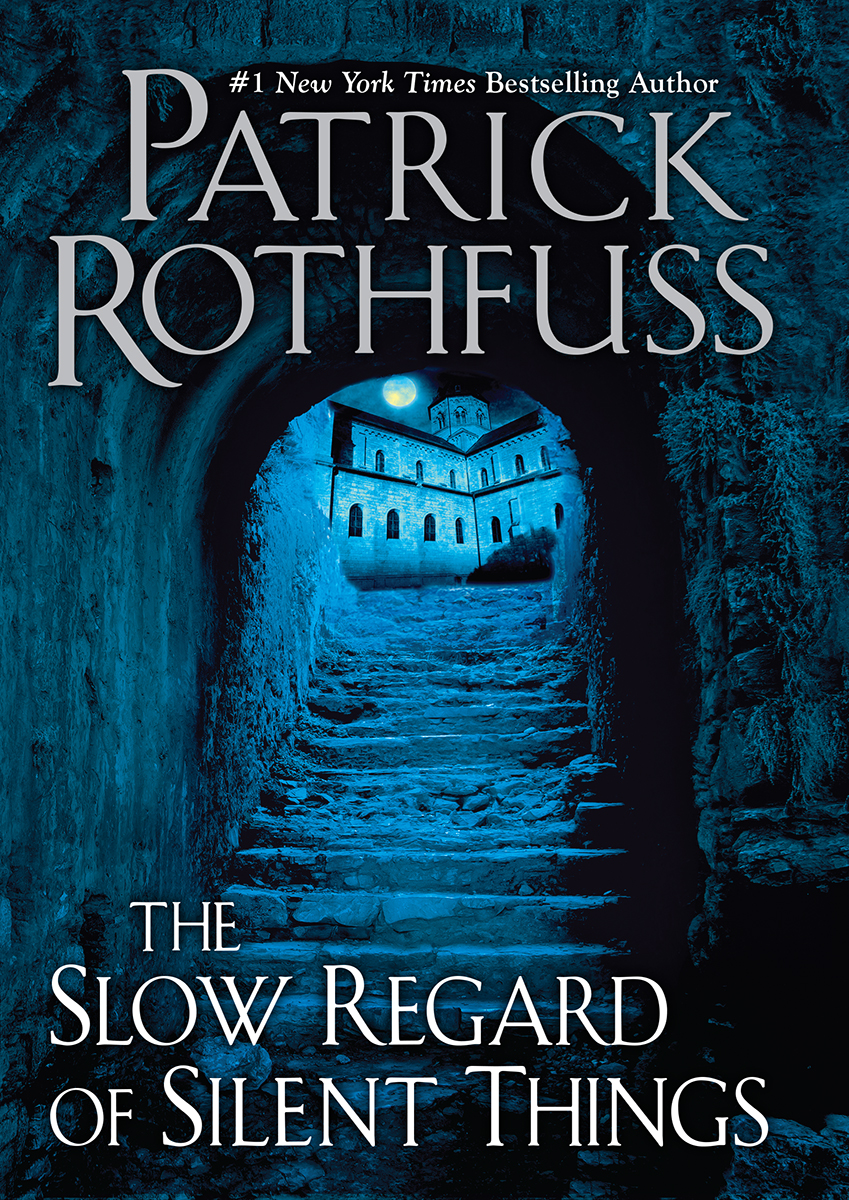 Apparantly my 'next-favourite-author' has been quite busy.

He announced recently that he has a new story in his Kingkiller Chronicle coming up...but not is not Book three (Doors of Stone?).  I saw this and got more interested, and wanted to re-post his official words here. I'm looking forward, but will purchase his books once Book Three is out in the format that I desire. I've read sample chapters from the first book, and it looks great. Pat definitely seems to be among the 'fantasy greats' (incl. George R.R. Martin, Brandon Sanderson, Neil Gaiman, Daniel Abraham, and Steven Erikson & Ian Cameron Esslemont.)
So here’s the news:
I have a book coming out.

It’s not book three. It’s not a mammoth tome that you can use to threaten people and hold open doors.
It’s a short, sweet story about one of my favorite characters.
It’s a book about Auri.
That’s the news. The short version. If you’d like the long version, I’ll give that below….

*     *     *
I didn’t set out to write a book about Auri. I really didn’t.
What happened was this: a while back, I was invited to contribute something to George Martin’s Rogues anthology. I mentioned it a while back on the blog…
Wow. I just went looking for the blog post where I mentioned the Rogues anthology, only to discover that I kinda never wrote it.
Well. Okay. I guess y’all get a little side order of news with your news today: 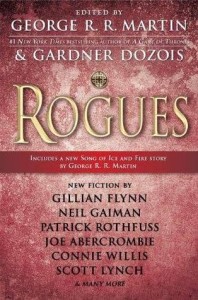 I’m in this book too. It’s coming out in June.

What happened was this: a couple years back, George Martin and Gardner Dozois invited me to be in an anthology called Rogues. I said yes, because back in 2009, when I was working on The Wise Man’s Fear, they’d invited me to participate in a different anthology: Star Crossed Lovers.

But in 2009 I was behind deadline and freaked out about it. So I said “No” and went back to struggling with WMF. It broke my heart a little. Because it’s one of those anthologies you dream about being invited to. It was the anthology equivalent of getting invited to the cool-kid party back in high-school.

Anyway, when they asked me to contribute a story to Rogues back in 2012, I said yes for two reasons.

1. Because how fucking cool is it to be in this anthology? Look at my name up there, right next to Neil Gaiman’s. Seriously. Look at that. My name is almost touching Neil Gaiman’s name….

I know I should be cooler about this. I should pretend that I’m a professional and a grown-up and everything. But I’m really not. I’m still the same person who read Neverwhere back in the late 90′s and went, “What? Seriously? You can do that?”
And now I’m anthology-buddies with him. In fact, Gaiman’s story is “How the Marquis Got his Coat Back.” It’s about the Marquis De Carabas from Neverwhere.
The other reason I said yes was…

2. I’d had a story idea about Auri tickling around my head for a while. What’s more, I thought she would make a nice counterpoint to some of the other  classic rogue-type characters in the anthology. Sort of a trickster rogue, as opposed to a thief, swashbuckler, or a con man.

“Besides,” I thought to myself. “It’s just a short story. Three or four thousand words. Maybe 6 or 7 thousand if I run long. That’s about two week’s writing, tops.”
So I started writing about Auri. But as it unfolded, it went in directions I hadn’t expected. The story was… strange. I hit 3000 words and I was barely started. Writing about the Underthing was more complicated than I’d anticipated.

So the story got longer. I hit 7ooo words without even realizing it. I kept going, unearthing more secrets about Auri and the Underthing.

I e-mailed George and Gardner and begged for an extension on my deadline. They were very kind and understanding. I tried a few different things that failed miserably, then I realized who *really* belonged in an anthology about Rogues: Bast. Once I figured that out, I wrote “The Lightning Tree” for the anthology, and it worked out really well.
But I was stuck with half a story. Half a strange story. Half a strange, too-long story that wasn’t doing the things a story is supposed to do.

Reluctantly, I walked away from it and went back to working on book three. I love Auri, and the story had an odd sweetness to it. But I had work to do.

But the Auri story kept tickling at me. And let me tell you this, having a half-finished story stuck in your head is ten times worse than having a song stuck in there.

And there’s only one way to get it out. So when I came to a good stopping point in my revisions, I went back to the Auri story. It just wouldn’t leave me alone.

It ended up over 30,000 words long. An odd length for me. Much too long for a short story. Much shorter than my usual novels. (For a frame of reference, 30,000 words is about the same length as Neil Gaiman’s Coraline.)

What’s more, the story had unfurled into something full of secrets and mysteries. Something sweet and strange. Not a normal sort of story at all. I suppose it was silly of me to assume a story about Auri would be usual in any way.

The problem was, I had no idea what to do with it. I liked the story, but I like strange things. And I’m fond of Auri. And most importantly, I’m the author. Asking me if I like my story is like asking a mom if she likes her baby….

I showed it to a few people, and they seemed to like it pretty well. But they were friends, you can only trust them to be so honest with you.

I revised it a couple times, then showed it to a few authors. They liked it, but they agreed, it was an odd story.

Then I took a big risk and showed it to Vi Hart. As I’ve mentioned in an earlier blog where she put some of my lyrics to music, we are now Best Friends.
So I knew her, and respected her opinion, but since we haven’t known each other very long, I trusted her to tell me the truth.

She read it, and we talked about the story. She pointed out some things she thought were problematic. I agreed. She pointed out some things she liked, and I was flattered.
We were in a bar in San Fransisco at this point. The Casanova. We’d spent a lovely evening together, and I was drinking a little bit, which is unusual for me. And it might be because of that that I started to lament the fact that the story was kind of a hot mess. Good stories are supposed to contain certain elements, I explained, and my story didn’t have those things.

Vi said she liked it.

I told her I liked it too, but that didn’t change the fact that people expect certain things from a story. If people read this story looking for those things, they wouldn’t get them, they’d be dissatisfied. Disappointed.

And Vi said something I hope she’ll forgive me for paraphrasing here without asking her first. She said, “Fuck those people. Those people get all the other stories in the world. Everyone writes stories for them. This story is for people like me. We deserve stories too.”
That shut me up. Because she’s right. It might not be for everyone. But not every story has to be for everyone. Maybe this was just a story for people like me and Vi. People who are curious about Auri and the life she leads. People who are, perhaps, not entirely normal.
Vi said a few other things that gave me enough confidence to send the story to my agent. He liked it, and said we should show it to Betsy, my editor at DAW. Betsy liked it. Really liked it. The people in her office liked it.

That made me think that maybe it *was* a story for everyone. Or maybe there are more people like me and Vi in the world than either of us expected.

Anyway, the end result is this:

I’ll have more details about it later. Exact dates. If and when I’m touring. Those things are still up in the air a bit right now.

But today’s the day we’re officially announcing the cover, showing it off to people at C2E2 and letting it out onto the internet. I’ve been holding off on this post so y’all could be some of the very first people to see it.

I think a lot of you are going to like it.