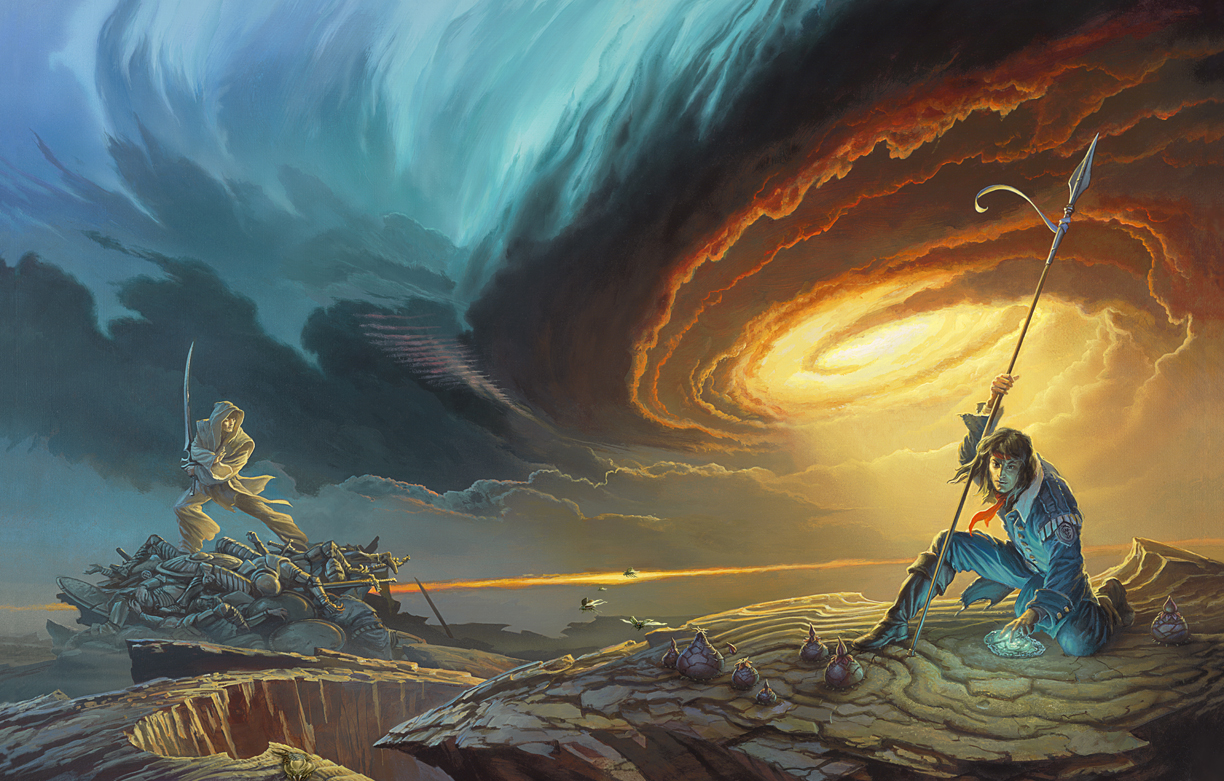 Can't wait to read Brandon Sanderson's next Stormlight book? Well, here's a big tease....
The book will be out in various formats, such as ebook, in March.
Read more »
Posted by insurrbution @ 20:52 2 comments:

As you may know by reading this blog, I am a fantasy books. However, I'mnot all that familiar with the genre. I know of the big names by famemostly, or if a book (series) got adapted as a film. This post willfocus on some un-sung (to me, anyways) fantasy books which may be worthyour time. Please note, I haven't mentioned these before on this blog.

Beau's, one of my favorite breweries in addition to Mill St, is celebrating something called 'feBREWary'.

For the month of Feb, the brewery will be releasing one beer every week. Here are the highlights:

You can find me each Thursday at the Hintonburg Public House.
Posted by insurrbution @ 17:37 No comments:

Those who have been following my post about the 'nice' new trade paperbacks of Wheel of Time, I have an update on the info of book 11.
Read more »
Posted by insurrbution @ 17:11 No comments:

Email ThisBlogThis!Share to TwitterShare to FacebookShare to Pinterest
Labels: books, fantasy, Knife of Dreams, reading, The Wheel of Time

A lot of TV shows are either finishing their run, or will begin to end.

Breaking Bad finished up. I'm on season four, so shhh.... Mad Men will receive a final season(s) much like Breaking Bad.

Boardwalk Empire has been renewed for a 5th and final season (I'm not sure if that counts as 'cancelation'. I'm guessing no, as it has been renewed. To me canceled is if word is being waited on, and the network decides 'no'.) I have yet to see season four, however.

Also on HBO, The Newsroom will get a third and final season. I haven't seen an episode yet, but it's a show that interests me.

And let's not forget that Dexter ended...even some of us rather would.

I guess TV shows coming and going is a sign of age, and the passage of time.

Aside from Breaking Bad, I'm currently watching Hell on Wheels and Homeland on Netflix. I also need to see season 2 of Downton Abbey, season 4 of Boardwalk Empire, and season 4 of Walking Dead.

What do you watch and suggest that's new?? And what would you consider some network's 'flagship' shows? With Breaking Bad and Mad Men to be off AMC's list, the go-to series on that network for me would be Hell on Wheels, for instance.
Posted by insurrbution @ 17:32 No comments:

When I Am Through With You, There Won't Be Anything Left At long last, I recently finished all of Damages on Netflix.
Read more »
Posted by insurrbution @ 11:10 No comments: