It's hard to believe that it's been fifteen years since the Harry Potter publishing phenomenon began. Here is my write-up.


"There won't be a child in our world who doesn't know his name."

This year, Scholastic and Bloomsbury are celebrating 15 years since Harry Potter and the Philosopher's (Sorcorer's) Stone was published. It's difficult to imagine that about twelve publishers turned down the "Children's" story before it was picked up by Bloomsbury, and later on, Scholastic. These books have everything, and are not 'just' for kids. They are targeted at the Children / Young Adult / Teen market, but like many books over the years, such as The Hobbit and The Lion, The Witch and The Wardrobe, they can be read and enjoyed by all, whether you're five, 55, 75 or 105+.

Here in Canada, 'Potter Mania' caught on kind of late. I remember hearing about Goblet of Fire just as it was being published. Someone my age (then about 16 or 17) waved away the idea of a boy wizard who flies around on a broom, takes a train to school, owns a pet owl, and has a 'nameless' nemesis. At that time, I was really interested in Tolkien - I was reading The Hobbit in preparation for the first of three Lord of the Rings films. So my view and tastes on fantasy at the time were...different.

So what changed my mind?

It was all thanks to my sister. She's a few years younger than myself, and her class were currently reading the Harry Potter books, including the newly-released Goblet of Fire. Over the course of her Birthday, Christmas, and maybe even Easter, she got the first four (of seven) Harry Potter books. At the time, I wanted something to read, so I borrowed her abused copies off of her. (it's not her fault - when you're young, there's only so much care a book gets. Some of my got banged up just from being a kid when I was younger too.).

I read them all rather quickly. The younger target audience made for a quick and easy read. One of the best reads ever. Who can forget reading those climaxes and reveals for the first time?? The Potter books reminded me of Roald Dahl mixed with something else...Narnia maybe?

By the time I was done reading, I was all caught up and ready for the next book, Order of the Phoenix. By that point, I think I was an even bigger fan than my sister. I got the book first day of release. My sister tried to read it, but found it too large and too slow to start. So I took over. And I read it fast. Maybe a bit too fast.

Now, here are, 15 years later. What made Harry resonate so well? What made it so good and memorable?

First and foremost, Harry Potter is a coming of age story. He is a boy wizard, who doesn't know he's a wizard, and goes to wizard school. We follow him from his acceptance at the age of 11, right up until he confronts his nemesis. The seven books are seven years in his life. At the very beginning, light hearted and fun. By the end, well, I don't think we're in Honeyduke's anymore....
Much of that is thanks to the writing. J.K. Rowling may not be the best writer of all time, but she is certainly among the best. She wrote seven complete books the way she wanted to. Who knows what changed over the years in her head, but Harry's world is Jo's world. J.K. Rowling is able to make us feel each and every emotion over the course of her seven book series.


What makes the Harry Potter books so rich and detailed, is even though it's a fantasy 'kind of' set in our world, Harry and his friends encounter many things that normal humans have dealt with throughout our own history. Racsim. Prejudice. Love. Emotions and angst of growing up. Choosing what is right over what is easy. Death. Freedom & slavery. War. Betrayal. Fighting for a cause. The list goes on and on.

Another thing that benefited from the Harry Potter books, is, well, the fact that they are books. I honestly can't remember books themselves or the desire to read being so strong and embraced before Harry came along. I'm not talking about children (it's so great that kids are reading) but people in general. I understand reading may not be your thing. It's a very important part of who I am, as well as a very integral part of language and culture. If I'm not mistaken, when Deathly Hallows came out, it was the number one selling product ever. Of all time. Harry gave made 'midnight releases' and 'pre-ordering' more common and more celebratory on the merchant and consumer ends both. Which brings me to the fandom.

I am writing this post because I'm a fan. You're reading this post because you're a fan. There has been waves of fans of various things over the years. I wasn't around when the Tolkien books were 'new' but apparantly those were pretty interesting times. Same with Star Trek and Star Wars. As far as I can tell, being a 'fan' of something was something very low key, and for some reason, frowned upon ("nerd" was used as a deragatory term so often), but Harry Potter made 'liking' something cool. Of course there's liking something, and loving it. I don't have any Harry Potter tattoos, nor written any 'fan fiction', have oodles of posters, etc. but I enjoy the books and the films (more on that later) immensely. I like the fact that I own all seven of the books in a matching hardback format. [hardback because I know I will read Harry again and again. I've read at least each book twice, and hardback is more durable than softback. But if you don't like hardback that's ok]. I have a Pottermore account. There are three series (books and movies both) that I enjoy immensely, almost bordering 'obsess' over: Harry Potter, Tolkien, and A Song of Ice and Fire (Game of Thrones).


When the final book ended, that was it for Harry Potter. Not counting any remaining films, of course. A few years after, J.K. Rowling came up with Pottermore, a point-and-click website that takes you through the Harry Potter stories. It is a combination of those early 'games' on DVDs (or now, some apps), message boards, social media and using web site navigation. The big draw, is that anything new, was by J.K. Rowling herself. We get more background info, you can shop to your heart's content at Diagon Alley. Oh, and you can finally get Harry Potter as ebooks.

One of the highlights for me is collecting everything in the moments, as well as tracking the house points. Many fans were disappointed what Pottermore was, but it's enjoyable to me. I'm not on as often anymore, but I still log in from time to time.

Of course, with anything popular, films were made. J.K. Rowling had say, approval / denial on the scripts, so at least her 'property' and 'investment' wasn't destroyed by Hollywood by making a book into a film.

The first few (the first two, I'd say) were definitely family / kids movies. Very whimsical, and they were adapted quite well. What I liked the most, was the casting. The trio throughout has been amazing. Sure, movie Hermione may not be the same as book Hermione, and the movies seemed to make us think that Harry & Hermione would end up together...but the casting and writing for the characters was so well done. It's hard to imagine any other faces or voices to these characters other than the on-screen talent.

I found, that the third film, Prisoner of Azkaban did a 180 turn. The look, feel and atmosphere of the films drastically changed. They became more 'cinematic' . And, because the actors were growing up, so too were their acting chops. Plus, the more movies we got, the more UK talent we got.

The only film that I felt (as a book reader) was Goblet of Fire. It was a good movie, but not that good of an adaptation. As a reader, it felt as if I was watching the book being fast forwarded. And let's not forget the KKK-looking Death Eaters (which thankfully got changed for the rest of the series.). I know, the idea is that they are racist, prejudice, 'Pure-blood Power' and all that but the look was pushing it. 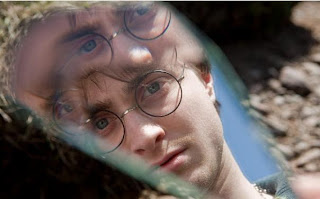 I must say that my favorite of the movies, and best representation of a book, would have to go to Deathly Hallows: Part 1. Because I read the books, I understood and appreciated WB's decision to split the book into two films. Sure, a good part of it (heck, maybe even the reason) was to earn more cash before Harry left for good. BUT. So much happens in the book, one movie would not do. Remember before what I was saying about Goblet of Fire? With Deathly Hallows, about 90% of the book is "important". 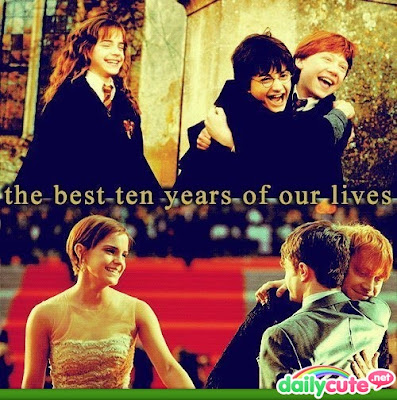 Aside from 8 incredible films, the movies were also really well done in the aspect that they are very consistent. With the exception of Dumbledore (Richard Harris passed away, hence the 'new' Dumbledore) and Tom Riddle, I don't believe anybody was re-cast. We had the same actors for 10 years straight on film. Sure, in some films certain scenes were cut out, or the screen time drastically reduced, but most of the actors were kept. Directors and composers were changed often, though. Speaking of continuity, when you see Young Tom Riddle in Half-Blood Prince, he is played by Ralph Fiennes' (Voldemort) nephew.

With Harry Potter, (I'm going to begin this next point by using the films first), the actor's 'fame' never got to their head. Honestly. Compare Emma Watson to Lindsay Lohan. Watch an interview with Daniel Radcliffe. Maybe it's because they're from the UK, and things are different over there when it comes to celebrity than in the US, but there is a certain 'class' to Harry Potter.

When Harry Potter was new, you never saw any "Team Harry" or "Team Ron" shirts or clubs. The series (and mostly the fans) had more class than fans of other young adult / teen series. Then there's fanfiction.....

Many books have attempted to take the 'crown' from Harry Potter, but nothing quite yet has. Twilight is best left forgotten. The Hunger Games Trilogy made an admirable effort, but isn't quite Harry. Actually, more teen & YA books are borrowing more from Hunger Games than Harry. 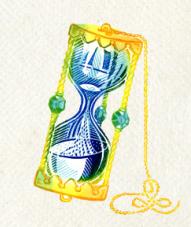 In summary, there is good reason why Harry Potter became so popular, and remains popular. Please enjoy some links and images. 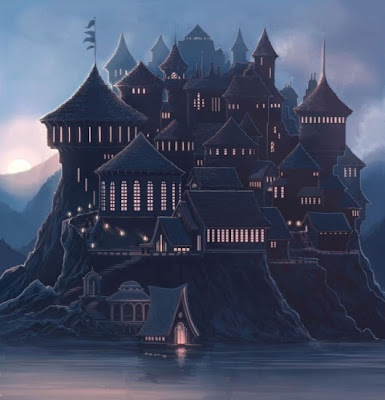 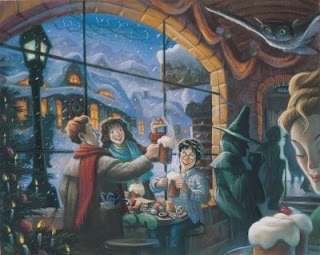 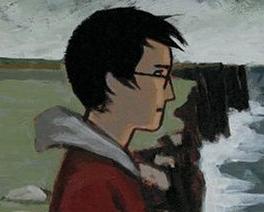 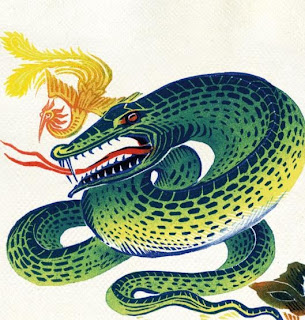 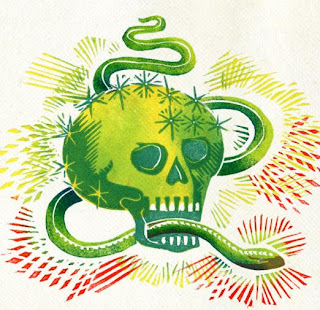 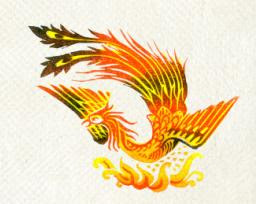