IN MEMORIAM: A TRIBUTE 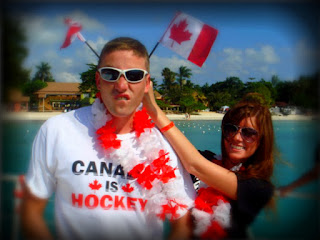 The last time I saw Jennifer was at a dinner party some friends of mine were hosting. They live in LA, and were visiting during the summer, and got some people together for an evening while in town. I thought it’d be a great opportunity to catch up, and meet new people. Among them was Jennifer, whom I’d met a few times previously. We weren’t close, her and I, but we knew each other by face and name. That was the last time I’d seen her. I’m glad that she was having fun, laughing, and making jokes. Above all, smiling.

I first met her at a BBQ about 3-4 years ago. I'm not sure whose house the BBQ was hosted, but I remember Cheryl was demonstrating her BBQ skills. It was a fun night: food, drinks, company, and even a couple of rounds of guitar hero. (ed note: that may have been the first time I met Andre!).

When I had received word of her death, I was shocked. Completely, and utterly stunned. It wasn't like she was ill in the hospital, but to me, she was there, and then....
A few days after I had found out, the emotions had set in. Of course I was grieving. But what made me really feel was the devotion and how much she meant to her friends, however well they might have known her.
Just now, I'm looking at the facebook page, and it's up to 163 members, and 98 people are talking. 163. That is quite the reach & impact one person has had. It's something to think about how many people you yourself impact and affect, without even realizing it.

I'll be honest and say that I don't have much experience with death. I've lost both my great grand parents (not at once) when I was 10-15. My great grandfather was 95, and my great grandmother was 91. They passed because of their age.

My Mom's Dad had passed away about 4-6 years ago. He was in the hospital for about 2-4 weeks, and it seemed like he was able to recover, but didn't. That death was probably the one that impacted me the most. The feeling, is that it seems like he is away on vacation.

With Jennifer though, she was someone around my own age, and someone I had heard about (and even saw from time to time) on a regular basis. She was friends with some of my friends.

I don't want to get into the topic of religion or spirituality too deeply, but I need to mention something here. I'm not sure what you believe, or how you feel, but one thing I had always thought of and believe in is that, when we die, we will be reunited with those close to us whom we have lost. We will see them again once it's our time. That however does that mean that when people pass from this world it's any easier to bear the weight of their departure.

Now that I have found place for Jennifer in my heart, it's become easier for me to bear the weight of her passing. I will never forget her.

“…And if the darkness is to keep us apart
And if the daylight feels like it's a long way off
And if your glass heart should crack
And for a second you turn back
Oh no, be strong

And I know it aches
And your heart, it, breaks
And you can only take so much…”