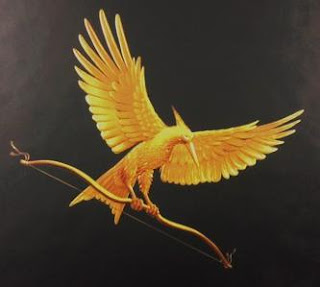 I imagine many of you will be setting out to see The Hunger Games film at some point. Some before you’ve read the book, some after.

I first heard of the series upon launch of the final book in the series, Mockingjay. I had never heard of the series nor the author before that point, so the fact that it was the finale to something I hadn’t heard of put me off slightly from checking it out at that time.I know they say not to judge a book by the cover, but Mockingjay has a sweet cover. (ed note: I love it when good books that covers that look nice too. Not that it matters, really, it's all about the text..but who wants to hold something ugly?)

I’ll be honest and say that it’s because of Harry Potter that led to my interest for The Hunger Games Trilogy. I’d heard of its quality through Potter fans on message boards etc. And with Deathly Hallows: Part 2 coming out, Harry’s end was in sight. No more Potter novels (though I wouldn’t be surprised if we get more books like Tales of Beedle the Bard at some point); and that would be the end of the film series. So, where to turn to for the next ‘young adult fiction / fantasy’ fix?

For Christmas of 2010, I had received the hardcover boxed set as a gift (mostly due to the price and quantity, it was, and still is a fantastic thing to give or receive).
Due to the size of my reading pile, I have not yet read any of the books. After my current read, Dance With Dragons, I’ll read that series next. And after I read it (or at the very least, the first book) I’ll see the movie at that point. 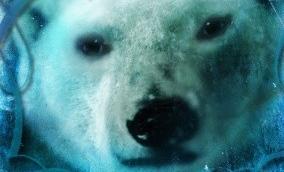 So now to the point of this entry: now that you’ve had your fill of the Games, and hunger for more, I can offer something in the ‘young adult fiction / fantasy’ department. I recommend you check out His Dark Materials Trilogy by Philip Pullman, consisting of The Golden Compass, The Subtle Knife and The Amber Spyglass.

I won’t go into detail what it’s about, but I will say that I was surprised by how much I enjoyed it, and how dark and mature it got times for ‘young adult’. 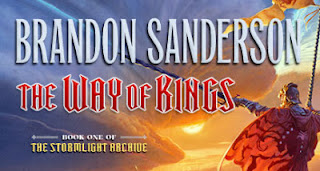 Speaking of book recommendations, I won’t repeat any of my posts here (I’ve made a couple back when I made the blog more active about books), but I will sum up in saying that at the moment, the top three books / series I recommend overall at the present are:

I’ve chosen series that not many have heard of (like Harry Potter, Ice and Fire, Hunger Games…) and I can consider to be underrated. Check them out.
Posted by insurrbution @ 17:47

Just a heads up, as you seem to be under the impression that the Hunger Games is a fantasy trilogy, when it is not.
The Hunger Games takes place in a post-apocalyptic world, and probably leans more toward science-fiction, despite the lack of technology. I'm afraid you might be disappointed if you expect it to be like Harry Potter, or the Golden Compass.
If you'd like to try a trilogy that is geared toward young adults and is fantasy, you might try the Chanters of Tremaris trilogy by Kate Constable. That, perhaps, could be considered related to your suggestion.
It had been a suggestion from my favourite worker at the bookstore I frequent, and I read it during flights when I travelled in October.

Oh, I'm aware that HG has more in common with sci-fi than fantasy, as it takes place in the 'future'.

Thanks for the recommendation! I was leaning towards 'addicting YA reads' (especially those the 'masses' hadn't heard of), and was using HP as an example, especially because I'd been steered to Hunger Games because of Harry Potter.
Golden Compass, I think, is a mix between fantasy & sci-fi, with a slightly Narnian approach.

I'd also heard from a friend that "The Infernal Devices" series is good.