Well, it's Christmas time/ holiday season, so that means gift cards! And buying gifts for others, of course. So I'm dedicating this post to some gift ideas, whether it's buying for others or yourself. Not for me, but I am a bit biased in that they are things I like....Price range varies. 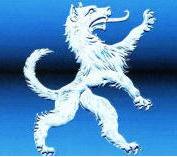 I like fantasy books mostly, but here are some great suggestions anyway...
Steve Jobs by Walter Isaacson

A biography about former head-boss at Apple. Was planned and in progress before he died (finished too?). The fact that he died of course would elevate sales. Either way, it's a hot seller and people have been saying it's great. For tech people / Apple users, mostly.
11/22/63 by Stephen King
King's latest, and one of his best, is about a time travel attempt to save JFK.
Complete Harry Potter Collection by J.K. Rowling

What Batman Begins & Casino Royale achieved with 'realism', Jack Whyte shows us how Arthur, Merlyn & Camelot could have / might have existed...

Sword of Truth by Terry Goodkind

More 'adult' fantasy, and better than average run of the mill stuff. A great series with a strong debut.
The Wheel of Time by Robert Jordan

One of the better fantasy series out there, in the same sort of style as Tolkien.

Song of Ice and Fire by George R.R. Martin

My favorite series of books (and the HBO show is quite good too). Even more than Tolkien. Even more than Harry Potter. You may have heard of it, too. HBO series is named after book 1. Good reads, well written, and anything can happen. No one is safe.

What can't it do? The only thing is that the touch keypad on the screen may take some getting used to. But baically, if you want or need something, the new iphone is the best at doing it. Not a fan of Apple or iphones? Then get a really good Android. Blackberry is going down the tubes. Fact.

It's THE best gaming system out there, and at a decent price too. Two reasons to get one - Skyrim & Arkham City

Ok, so a few pointers in general for getting HD:

- make sure the tv size is not too big or too small for the room.
- get a respectable brand, and warranty. This is an investment.
- adjust all components accordingly. If you have a X360, or HD sat / cable receiver, set the video / audio settings accordingly so you get the full impact.
- HDMI cables! Without these, you don't get HD; and your investment (and components) is useless.
- make sure you get / use the HD channels. Otherwise, you'll be watching everything low quality.

I dislike e-readers, but this is prolly the best one - it's touch & color, and does BOOKS the best; which is what it's intended for.