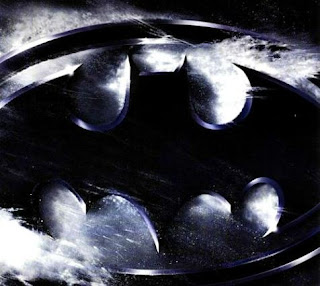 Well, it's that time of year! Christmas time! That also means, time to watch some annual festive classics....


This post will list off some classics that I like to watch each and every year. Some are actual CHRISTMAS movies, others are winter based, or use Christmas as a backdrop. Here we go....

(National Lampoon's) Vacation - What I start with

I like to start up the Christmas watching by 'meeting' the Griswolds, by way of watching the very first Vacation film. Because my first Christmas movie to watch is....

Ah, a true classic Christmas comedy that can be watched again and again. There are so many good parts. Sometimes it's even funnier when you know what'll happen. This year, I want to see how things (and how many things) get worse and worse for poor old Clark.

What I think of Batman is a whole new topic (one I way write up after seeing the opening scene of Dark Knight Rises next week...hm...); but this one is here because it takes place in Gotham around Christmas time. It's not a bad movie. Not one of the stronger Batman films, it does have some good parts. It's one of Tim Burton's better films, even though it's not quite was well known over time. In general, with the older Batmans, they tried to make a movie as comic book-like, as opposed to making a movie out of a comic book. More on my upcoming Batman post...But if you like Burton's work, especially the earlier stuff, check this out.

This came out the same year as Goodfellas. Look at the times Joe Pesci says 'fuck' in both movies.  Oh, and it's great fun, and has a really good soundtrack by John Williams. Shows the importance of family, and not really meaning what you say.

The Grinch (the cartoon or Jim Carrey one)

You can't have Christmas without the Grinch, whether you watch the cartoon, or the Jim Carrey one. Jim Carrey is definitely able to unleash, and nails the 'cartoon' aspect down.

It's A Wonderful Life (black and white)

If you've never seen this, you have to. It's one of the best Christmas films, and a fantastic movie, which happens to be set at Christmas. Talk about your Christmas miracle, wow.

I'm pretty sure this is the first time you get the kind, old man with magic (whether real or metaphorical) on film, that I'm aware of. Before Dumbledore, before Gandalf, before Obi-Wan Kenobi, there was....Santa Claus. Believing in Christmas and believing in Santa are two different things.

Great English cast, and well cast in the roles too! "To me, you're perfect."

I really like the 'small, quiet town English cottage' scenario & setting And it shows that anything can happen during the season.

Creator (but *not* director!) Tim Burton's holiday classic that is both a Halloween & Christmas movie. And it should be watched twice a year, on both days! The idea came to Burton with how Christmas displays go up literally the day after Halloween.

The Muppets' version is fantastic and well done. Humorous & light hearted, it's tons of fun.

THE Christmas movie, and THE definitive version of it. He was, is, and will always be the best Scrooge. I'd think Dickens would be proud of his depiction.

Chronicles of Narnia (The one I watch last)

100 year long winter, White Witch, and Santa giving the kids weapons. Plus a great score to boot. And this allows me to exit my Christmas viewing with....
Prince Caspian (end of cycle)

A non Christmas / winter-y sequel! Good way to get your mind off Christmas. At least, for now. Before you know it....