THE WHEEL OF TIME 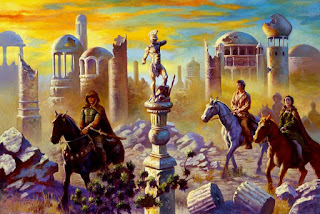 When I first started blogging again, I gave a list of fantasy books and series to look into. Well, this post delves further into one of them - The Wheel of Time.


The Wheel of Time is a typical fantasy series, in that a group of companions band together and embark on a quest in order to do something or go somewhere. Because of this, the first book in the series may remind you of the first chunk of Lord of the Rings.

Now, the series isn't perfect. It's flawed. But it's enjoyable, having all the fantasy 'staples' while presenting a few interesting elements or takes on classic 'medieval fantasy themes'. Why then, the attention to it? Well, as I mentioned, the final book is (finally) coming out. Also, it is popular, but it's not as 'familiar' to the general public as some of Tolkien's stuff, Harry Potter, Chronicles of Narnia, and now, George R.R. Martin's Ice and Fire. Also, I've got a copy of the prologue (opening) to the entire series digitally which I shall distribute to you within this post (skip to the sword if you want it now).

Before I get to the prologue, I'd like to say that, for those who read Lord of the Rings, and liked it, you'll probably like this. If you tried and found it too detailed, well this is a bit easier to read, but will take you longer.

I'm posting this prologue not to rip the author off or anything, quite the opposite - to create awareness and gather interest. Plus, this way, you can try out the writing style to see if you like it. Since this is the prologue to a 14 book series, better 'try before buy'.


And now, the prologue to the Wheel of Time series by Robert Jordan.... 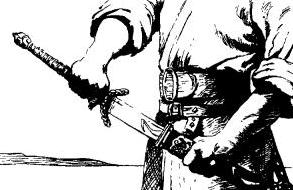