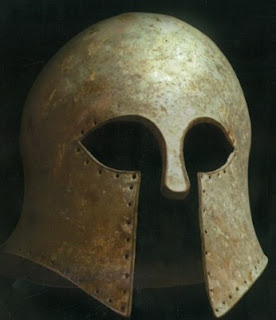 One of the things about great classic works from centuries past (or hundreds of centuries) is that, because they've been around for so long; and the original tales are so good, is that we have numerous translations from the original languages into English. Everyone has different tastes, and some may be in 'verse' or 'prose.'

First up, would Robert Fagles. Fagles has given us amazing translations of 'the three great epics in Western literature.' These would be The Iliad, The Odyssey and The Aeneid. The first of those two are by Homer, and The Aeneid is by Virgil. Due to the immense success of these stories - separate or together - once the Fagles translations came out; it was quite the publishing event. Many people (from general or casual readers to full-fledged scholars) quite enjoyed these. Now, I'm not saying that the Fagles versions are the only good ones because that simply isn't true. However, it appears that Penguin has adopted the Fagles translations as their current standard; though others may be available. Worthy of note is Fitzgerald's, and for prose, Butler's isn't too bad either. There are a vast amount of them. Another name I keep saying come up is Lattimore.

Moving on to other stories, Michael Alexander, Kevin Crossley-Holland and Jesse Byock also offer some great note-worthy versions of the Old Norse stories and myths and Icelandic Sagas. Be sure to check out anything with those names on it.

I should also add that for some of the epic poems, there are 'verse' translations, and 'prose' translations. The format, as well as the translator, is entirely up to the reader's preference. After all, you are the one reading, and should therefore enjoy what you read. Some specific versions may be studied academically - in which case, a particular edition is outlined in the syllabus.

Moving on, Hugo's magnum opus, Les Miserables, finds it's best, and most thorough English translation by way of Charles E. Wilbur. Again, that's not to say that others are bad; just that one is quite good.

Richard Peaver and Larissa Volokhonsky also offer up some terrific translations of some classic Russian literature, such as War and Peace (and other titles by Tolstoy) as well as works by Dostoevsky.

Umberto Eco's versions of the works of Dumas is also said to be a great joy to read.

So which of these is the best translation I've mentioned? And, the ones I've listed, are they the best translation of the original works? That is entirely up to you; though the names I've provided - of translators and works they've translated - are quite good, in many aspects and quite appealing.

In closing, I want to mention that you really can't go wrong with anything offered by Penguin, Oxford World Classics, Everyman's Library or Modern Library. When picking out a version, read some samples by randomly flipping the book open, and Amazon also offers the 'look inside!' feature. Though with Amazon, the 'look inside!' may not match the product you're actually viewing.
Posted by insurrbution @ 20:27 No comments: 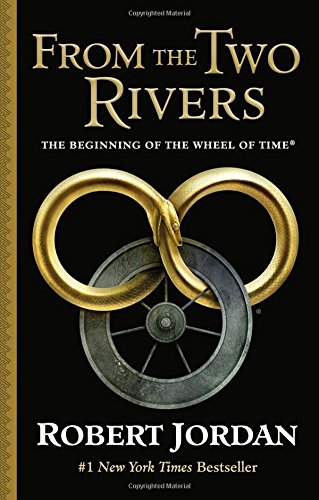 The Wheel of Time turns, and Ages come and pass, leaving memories that become legend. Legend fades to myth, and even myth is long forgotten when the Age that gave it birth comes again.

Big news day for those looking forward to Amazon's Wheel of Time series - myself included.

We've got our main Two Rivers characters. I'll run through them again, and add the casting of Rosamund Pike.

Since that I am not overly attached to the books (I own them (in paperback), I read them, and I enjoyed them) I suppose that means that I'm looking forward to the adaptation. Whereas with Amazon's Middle-earth series, I am attached (quite strongly) to Tolkien's works, so my interest in the adaptation is fairly low as of now. I am looking forward to Netflix's Narnia, and HBO's His Dark Materials for the same reason. However of the series I've mentioned, I'm attached to His Dark Materials the most. And its trailer was fairly impressive. And it will be 3 seasons (one per book).

But back to The Wheel of Time.

It will be impossible to make everyone happy, and this casting announcement of proof of that. I believe it will be impossible to faithfully adapt 14, 600 page-plus (in mass market paperback) books to TV. Even striving for as much accuracy as Peter Jackson's extended Lord of the Rings trilogy will be a stretch. In terms of accuracy (if we're going by Peter Jackson's Lord of the Rings adaptation) expect it to be the same level of accuracy as The Two Towers theatrical edition. Or, some of the Harry Potter films (I'm thinking Goblet of Fire to Deathly Hallows: Part 2). Because of the complexity of the books, challenges of turning one medium into another, the characters, plots etc that run through the series, I expect; if you add everything up, that half of the books will be faithfully adapted. The main thing, though, is that I hope it does well, and catches on. Let;s face it - however The Wheel of Time books may be, they're only really known in the fantasy genre, not 'mainstream' like Harry Potter, Lord of the Rings, Game of Thrones....

I am also looking forward to seeing what type of merchandise comes out. HBO didn't really have much merchandise before Game of Thrones came along.

I've got high hopes for this one, but as ever, I'll reserve judgment until after I've seen the trailer.

I'll close by recommending specific editions of the books which offer the best value for the cost: http://insurrbution.blogspot.com/2012/09/new-editions-for-wheel-of-time.html
Posted by insurrbution @ 19:17 No comments: