The Lord of the Rings Soundtrack Trilogy on Vinyl 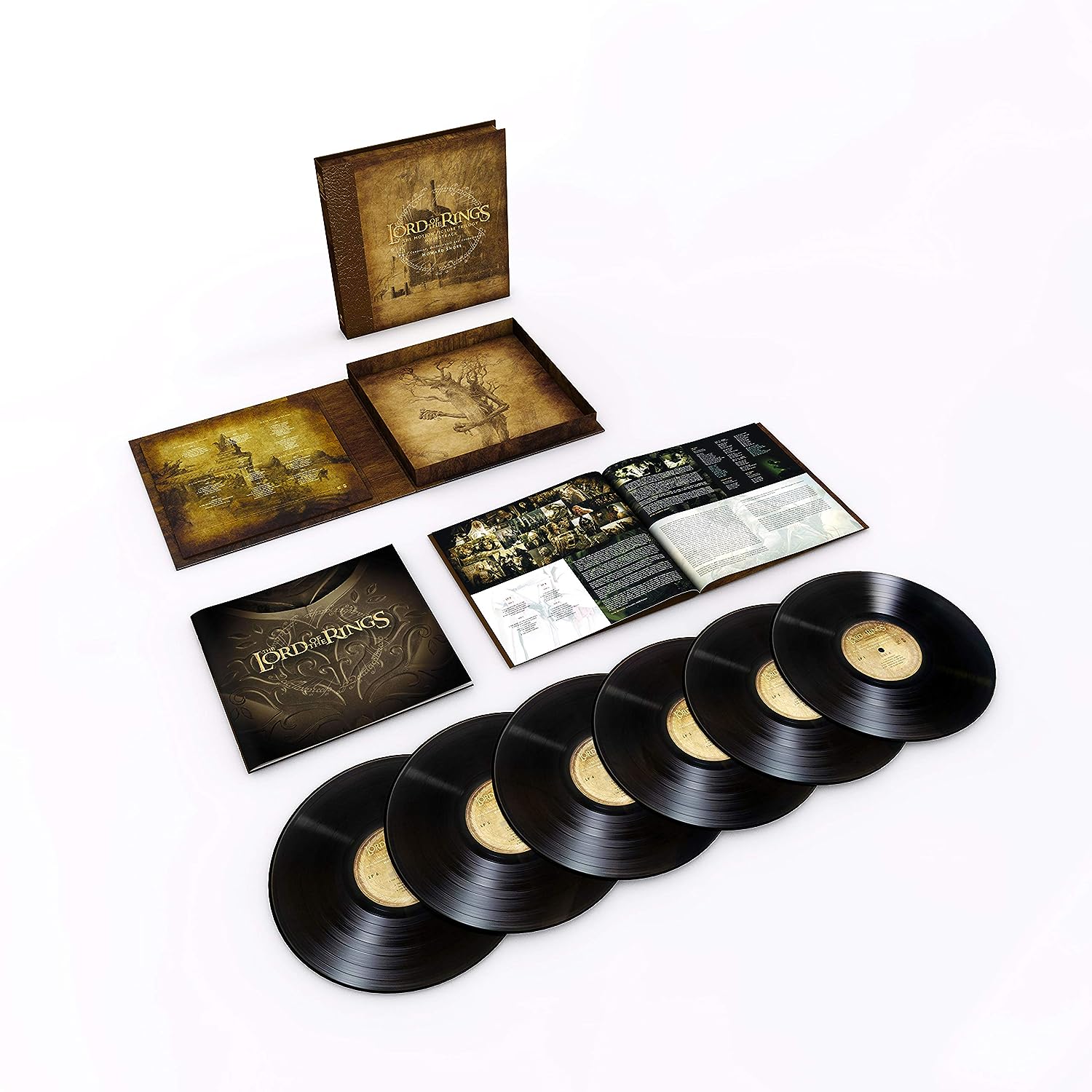 April - Sept saw the release of the complete recordings on limited edition numbered vinyl. These sets (one for each film) was the entire soundtrack. That campaign is over.

This release, is the 70-80 minute ‘basic’ versions of all 3 films in one set, and doesn’t look to be limited. It looks like it’ll be 2 LPs per movie (totaling 6 for the entire set). You know - the version that comes out close to when the movies were release din cinemas. The ones most people are familiar with. While not the complete recordings, this is great for those who wish to own this music on vinyl, and have missed the complete recordings; due to them being limited and numbered.

On Nov. 30, in a non-limited set, all three soundtracks (the 'basic' 70-80 minute ones) are getting released in a 6LP boxed set. This should work out to 2 LPs per film.

In one of my posts about The Lord of the Rings vinyl releases, I suggested this as a possible release, and they listened! Or coincidence. I wonder what will be included, by way of booklets, etc inside the package? Will it feature some of the content that appeared in the collector's editions of the original soundtracks? And hey, will they do The Hobbit next....? Either way, it's great that this set will exist - and in a non-limited edition.

This is the tracklist:

3. The Shadow Of The Past

4. The Treason Of Isengard

3. Flight To The Ford

5. The Council Of Elrond (feat. "Aniron (Theme For Aragorn And Arwen)")

2. A Journey In The Dark

3. The Bridge Of Khazad Dum

2. The Breaking Of The Fellowship (feat. "In Dreams")

2. The Taming Of Smeagol

3. The Riders Of Rohan

4. The Passage Of The Marshes

1. The King Of The Golden Hall

2. The Black Gate Is Closed

1. A Storm Is Coming

5. The Steward Of Gondor

1. The Ride Of The Rohirrim

1. The Fields Of The Pelenor

4. The End Of All Things

1. The Return Of The King

3. Into The West - Annie Lennox