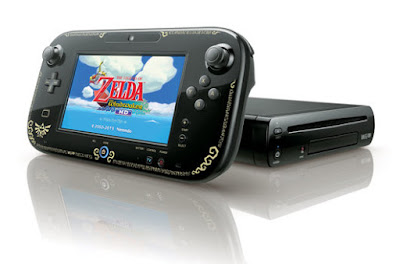 Today was a slightly sad day....perhaps I am being overly dramatic, but it was slightly sad.
Today I packed up and boxed my wii u and its games.
I do not yet have a Switch (I most likely will at, or by, Christmas), so it wasn't done to 'make space', but rather because I played the wii u literally to its death. I got it in Sept 2013, and now (June 2019) - it's finished.

What had happened, is that the GamePad can no longer hold a charge. It can charge, but it lasts approx 45 min - 1 hr 15 before The Red Light of Doom comes on, then starts flashing. The problem is, because the wii u 'failed' we got the Switch. Because of that, Nintendo stopped supporting it in 2017. That means no more GamePad battery replacement packs. I wish I had known of the 'extended' battery pack made by Nintendo which gives longer life (both to 'extend' and get a new battery for it.) There are sellers on Amazon, etc but the reviews have been mixed: from "it works!" to "it doesn't." It also doesn't help that the companies that make them aren't Nintendo. This isn't getting a third-party controller, but rather a component of the system.

So the wii u is packed away in storage (there are 'workarounds' with the GamePad issue, but with me getting a Switch sometime soon-ish, it would need to get packed away anyway.) Someday that box may be opened again...
However, not everything from the wii u got packed away: I'm still able to use the HDMI cable (will do so for The Switch's dock) and The Switch supports amiibos. So those are still 'out.'
I still remember the day that I got it. It was the Wind Waker bundle, and I got it in September of 2013. My work contract was going to expire, and if I got renewed or extended, I was going to buy it. Once I found out, I phoned FutureShop, and put it on hold for pick-up that day. Once I was finished work, I headed there, picked it up, and headed home. Over the course of the console's short life, I got some decent games and play time out of it: Mario Kart 8, Smash, Mario Maker some downloaded games, Mario 3D World, and the 'grand finale', The Legend of Zelda: Breath of the Wild. There were others too, but those are the highlights for me.

It's unfortunate that the wii u died - it had potential, but it just didn't 'catch.' Even the name: most people thought it was an accessory or add-on to the wii, not a whole new console. Then there was how the Gamepad factored in for multiplayer games: for some it can be used as a controller; not so the case others. In that aspect, New Mario U was frustrating multiplayer wise: the controller wasn't a 'controller' but to add blocks. The option to use the GamePad as such in that game should have existed. Plus, as per usual, Nintendo didn't get a lot of support from other developers for it.
With The Switch, Nintendo corrected themselves: no discs, it has a wide array of controller options (though you still need the JoyCons for certain games, so you can't go 100% ProController dedicated; but most games support it. Should be "all" but anyway...). The name isn't 'confusing' like the wii u. Nintendo is marketing and pushing the console, and it's getting tons of support. And it's working. I think within the first year, more Switches were sold than wii us during the wii u's life.

I was initially skeptical when The Switch was announced. I wanted to wait a bit ("hey our older console was a flop. Buy our new one!") but now, my faith is restored. There are a few games I'd 're-buy' on The Switch (hey if my wii u gamepad is truly on its way to the grave, at least I can still play some of the games...) such as Mario Kart. My Mario Kart reasoning is, Nintendo may not make one for The Switch (Mario Kart 9) because it already has one on it - Mario Kart 8 (Deluxe).

So farewell, wii u - you gave me a lot of great time play time, and memories; even. You had a good, loving home; but now it's time to say goodbye. Also, thank you for getting me through a few tough times here and there. over the years.
Posted by insurrbution @ 20:00