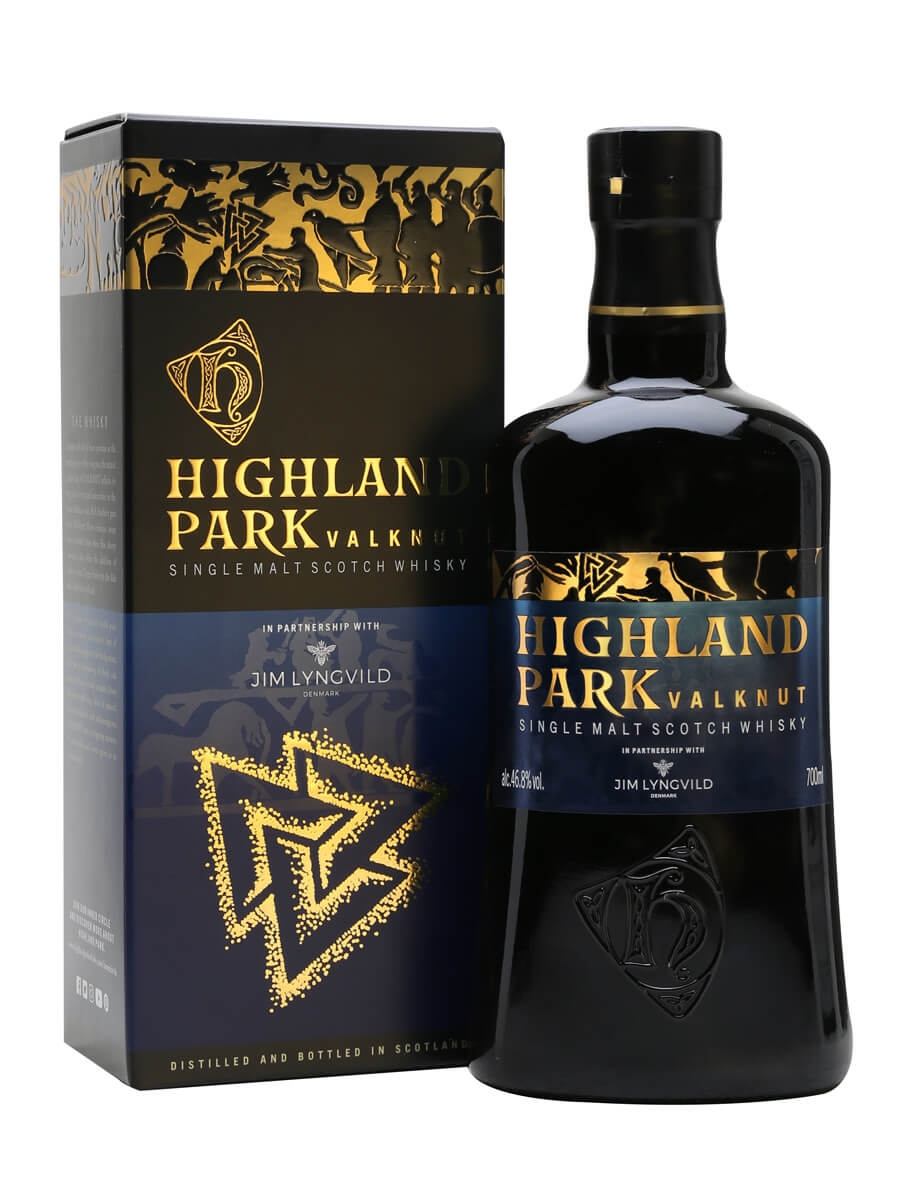 Highland Park's second of their Viking Legends series (the first being Valkyrie, the third being the upcoming Valfather) is now available in Canada. Or, Ontario, at least.

Here is what they have to say about it:

"I know one thing which never dies: the reputation of each dead man"


Created using a higher proportion of our local peated malt and predominantly matured in sherry seasoned oak casks to give this whisky its smoky, sweet flavour, VALKNUT is the second in our Viking Legend series, celebrating our rich Nordic ancestry here on Orkney.
Valknut means ‘knot of those slain in battle’ and its symbol of three interlinked triangles appears on numerous artefacts from the Viking Age. The symbol is closely associated with the Norse god, Odin, who guided the spirits of the dead to the underworld and back to the world of the living, and is believed to represent the transition from life to death or the connection between earthly life and heavenly life.

You can see the tasting video here: https://www.youtube.com/watch?v=CMs59R40jRg

For those that live in Ontario, the LCBO product number is 632687.

Expect Valfather to arrive later this year, or very early next year. While Valkyrie was red, Valknut is blue, I'm expecting Valfather to be either green or yellow.