The Legend of Zelda Wishlist 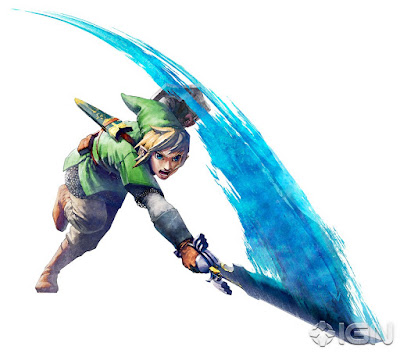 Without a doubt, Nintendo is hard at work, most likely in the very early stages of the next major Legend of Zelda game.

I doubt it'll be a "sequel" (or "prequel") to Breath of the Wild, but it'll still be a follow-up nonetheless. This post will examine what I would love to go into the next major Zelda title.

One of the things I enjoyed about Breath of the Wild (as well as what I've played of the original title) is a large, vast world to explore. You could pretty much go anywhere you wanted, in (almost?) in order. I'd like to see what freedom return. However, I found Breath of the Wild to be too......empty. Sure there's shrines and towers scattered throughout, but I didn't get the sense that the world was populated. There was after all I think 5 main cities or settlements. In a giant game. That felt a bit....odd to me. I think Nintendo should find a balance of vast exploration mingled with more settlements and 'world' things, such as caves.

A great example of the type of open world approach I'd like to see would be something that we've seen in The Elder Scrolls series.

This why having a powerful console would be beneficial to Nintendo - allowing them to do more with their games. It doesn't need to be 4K (though that would be nice).

One of the things I liked about Breath of the Wild was lack of a 'gimmick' or element of uniqueness. In past games, playing music was key to the game, as was turning into a wolf, sailing on a boat, or event travelling through time, or another dimension. For the next big game, I want none of that. Not that Nintendo handled it badly in the past or anything, but because I want a 'pure' / 'simple' Zelda game. I want Link to have the same 'form' (or age) through the entire game, and stay in Hyrule.

ART STYLE
I quite enjoyed the art design and look for some of the more recent titles in the series, such as Skyward Sword and Breath of the Wild. I like the cel-shadedish look, and think it suits the Zelda series well. Also, this makes it possible to render large amounts of data, and big areas to seem bigger.

What I truly despised about Skyward Sword was the fact that the game was designed to use motion controls, thanks to being on the wii. Another thing that caused major annoyance on my part with Breath of the Wild was that some shrines force you to use gyroscopic controls to solve them. There's an option in-game to disable motion controls....yet, you need to move the controller around to solve some puzzle portions. UGH.

My ideal scenario would be this: motion controls of any kind would be 100% optional. If you want to use them go ahead. If not, that's fine. We should be able to use any controller in this new Zelda title, and not be forced in any way to use a specific type or control method.

Another slight annoyance with Breath of the Wild was that you couldn't find rupees and fairies as easily as you could in previous titles. I would like to find fairies more frequently (not "often" but every once in a while would be great!) as well as rupees should be more commonplace. Of course, higher amounts, or higher single pieces being more elusive (green being the most common, silver or gold much more rare)

OK, I get it: weapons break! I didn't mind the fact that weapons broke in Breath of the Wild - I just wish it was handled a little differently. For instance, I'm sure it's part of the nature of the game, but it'd be great to be able to BUY weapons, shields, and bows as easily as you could food, ingredients etc. You could even repair items that are 'badly damaged.' Or, perhaps you could make your own if you wanted to?

Also, in Breath of the Wild, I found much of the exploration was focused on climbing. Have a large open world (as stated above) but Link doesn't need to be able to climb everywhere. This would work for some items like the Hookshot coming back. Now, it doesn't need to be "oh you need to beat this dungeon to get this item in it." That I agree with. But have that type of item return. Also, as wide open as the world may be, perhaps a few barriers would be great. For instance if you're exploring a mountainous region, you may be barred for going further if there's a big gap. Or rocks in your way (bomb, enhanced strength, etc).

Please, make it a "Zelda" game, as well as in story mode.

I'd love to see Zelda, Ganon(dorf), Hyrule...all the classic staples. I'm not against ones that aren't, but for the next title a 'classic' (lore-wise in this sense) would be great. I'd also love to see caves, villages and dungeons return, as well as The Master Sword and the Triforce(s). Of course, the targeting system that's been a 3D Zelda staple since Ocarina of Time needs to return, as well.

In terms of the story, I'd even be OK with a full, complete remake of the original game.

I believe, like The Elder Scrolls, Link should have three meters:
Health / Hearts: hit points. Also have the 'pieces of heart' return
Stamina: allows you to run/sprint, climb, or perform powered attacks.
Magic: allows you to use magic

I'm not one of those that's complaining about "no music" in Breath of the Wild. I found the music and sound to be well done and quite atmospheric. However, the next game shouldn't focus solely on nature so much. Having a great 'overworld theme' like Hyrule Field (from either Ocarina of Time or Twilight Princess) would be great, as would something akin to some of the overworld tracks from the Elder Scrolls series. I'd also like to hear familiar pieces as well. I was slightly disenheartened that Kakariko Village didn't have the familiar music. I even enjoyed the re-working of its theme in Twilight Princess.

In Breath of the Wild a few classic pieces came up such as the ranch theme at the stables, and in (and around) Hyrule Castle, which I found to be used quite well.

In terms of how music should be used, I again point to The Elder Scrolls series.

I look forward to what Nintendo does next with Zelda, in regards to a main / core entry. I'd be fine with it not coming out on the Switch, as the game shouldn't be limited by a console's ability. Please note, I'm not saying that The Switch is 'limited', just that the next big title may be too grand for the Switch to handle, and may need to be released on something with more power. Heck, even Breath of the Wild had framerate drops, when docked. And it only reached 900p at the highest.

I love the Zelda series, and enjoyed Breath of the Wild, however I'd like to see more traditional elements come into play the next go-around.
Posted by insurrbution @ 15:35