News on the Final Series of Shannara 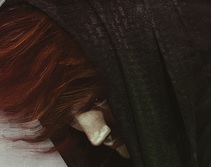 It seems that Terry Brooks is hard at work, as well on track to finishing the 'main' Shannara series. Both of the net bit of my post comes from his site:

"Books! Now there’s a happy subject. The new (final) Shannara series is going well in the writing stage. Book One is done, Book Two is being written. Still on schedule to publish late spring, early summer 2017-2020 to finish the series. Really, I will probably never finish writing Shannara books, only close off the ending so that there is a clear cycle between beginning in 1977 and ending in 2020. I can always find gaps in which to add new stories, both long and short. Hard to imagine not writing something in that world after 2020. But I don’t have to think about it now, anyway."

"Releasing 2017 Releasing 2018
There you have it – from the man himself.
The newest published book is The Sorcerer’s Daughter. It is the third book in the Defenders of Shannara series that began with The High Druid’s Blade and The Darkling Child. The series is a departure for Terry, featuring a Leah as a main character and the books are largely stand alone stories.
Terry has finished writing an untitled Book One, the first book in the chronological-end, four-book Shannara series. It will publish mid-2017!
Currently, Terry is writing the second book in the chronological-ending Shannara series. It does not have a title yet.
When finished with the series, Terry will continue writing Shannara novels set in pre-history and probably return to Landover."

So it seems that after The Sorcerer's Daughter there will be 4 more main Shannara books, as well as others here and there; much like what Stephen King did with The Wind in the Keyhole with his Dark Tower series after the 7th (and at that point, final) book was published.

As mentioned in a previous blog post, I'm presently reading The Elfstones of Shannara on my ereader. I started with that one because that's MTV did. I'll read from that series to the end of the Shannara books. I won't read anything that takes place Elfstones (some 'mystery in the lore can be fun) and I won't read any more Shannara books after the last of the four 'ending quadrology' (Quadrilogy? Tetralogy??)