"Dawn of Justice" Thoughts and Musings [Not a Review] 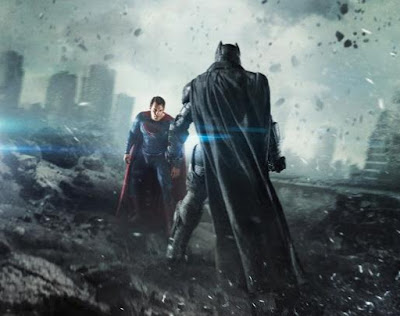 I haven't seen Dawn of Justice yet.

This is a post about my initial thoughts, musings, and 'pre-watching' reactions.

So, I'm calling the film "Dawn of Justice" as opposed to "Batman v Superman" or whatever, because based on one of the previews, it seems to be essentially a prologue to the Justice League. Since I haven't seen the film yet, I will of course reserve any 'score' or 'final say' until then.

The first two previews I saw (and I think I saw 3 at the most: one to see some footage, another one due to 'Comic Con Craze' and the final one due to it being shown ahead of a film I was watching in the cinemas). Looked pretty interesting. "Hey it's Superman vs Batman!!". I've read some comics (nothing against those that haven't, just offering context) and those two usually have their reasons for things actually coming to a fight. Despite Superman's powers and abilities, Batman puts up a fight a good chunk of the time, due to his intellect, resources and tools. So I became interested in a film that would be about that conflict getting further and further strained.

Then, I saw one of the newer previews and my enthusiasm dropped. If this is a film about Batman and Superman, what's Wonder Woman doing here?? And Lex? Well....perhaps he could manipulate / antogonize Superman publicy or something..sort of a 'side' villain. But. I was hoping that this would be a film about conflict, offering no 'villain' but rather different sides, views and opinions on why (and how) Superman and Batman fight each other. Then, in that same preview, what looks like the cave troll from The Fellowship of the Ring shows up. Then, it hit me what the film would be about: Superman and Batman fighting for a bit. Then this new enemy appears, and they band together to defeat it, with the help of, oh look, Wonder Woman!

Please note, that I am not insulting the film which I have not yet seen - just expressing my disappointment in the 'Justice League prelude' it seemed to take, but with new elements presented in a preview, the outcome of the film became obvious.

What I would like to happen, in regards to the plans for the DCU was this: have the Superman vs Batman film. Maybe a few other heroes not yet introduced. Then have the 'Dawn of Justice' / Justice League prologue which sets everything up.

I don't want to compare Marvel to Dc, but it needs to be done in order to establish what I mean with how an expanded universe works. With this film, it's as if Marvel started with the Avengers, rather than building up to it. DC tried to catch up to their competitors in one film; trying to be the jack of all trades but ended up being the master of none.

I usually don't pay attention to what critics say, but if a film gets enough harsh reviews, I question the film. Since I was skeptical from the get-go, that's another reason why I haven't seen it yet. It just looks as if that the film is going in too many directions at once, rather than the sole focal point of Batman and Superman.

All of that aside, the film looks good. I will still see it...but not at the cinema. I'll wait for the blu-ray / Netflix release.

Ben Affleck looks great as Batman, especially to my comic-book reader self. I like the look of him, as well as the direction they went with Batman (Dark Knight Returns, much?). He CAN act. Ever see The Town, Argo, or Gone Girl? You should. Afflect 2.0 is a big improvement. I look forward to seeing him as Batman in future films.

I'm a little iffy on Jeremy Irons as Alfred though. Great actor, but maybe not the role for him....? The Batmobile and fight scenes looks pretty neat. I mean, well, it's Zak Snyder - take him or leave him. I personally enjoy some of his stuff, but I can understand why others aren't too fond.

We also finally get Wonder Woman on film! That should be interesting.

Jesse Eisenberg as Lex Luthor......no. Just No. I've seen him in a few movies, and he was decent in them, but to me he does not fit as Lex Luthor.

DC has never had the best live action track-record; outside of Nolan's Batman Trilogy. They excel at the animated 'movies'. They also seem to never get Superman right [of this, and my previous statement is in regards to faithfullness to the the source, and being a good FILM - a hard area with comic book movies to succeed in for both]; much like Fantastic Four on film. Yes, Christopher Reeve was a great Superman. but the movie itself was campy as hell. I don't mean light-hearted, I mean campy. He spins to drill underground....? He flies around the planet to time travel..?? I'm sorry, but all 4 original Reeve films belong with the Adam West Batman.

As you can see, there are a few quibbles I have with the film, even before watching it. I just wanted to say that I'm skeptical, and I tried to explain my reasons as best I could. I just would have liked to see the DCU handled or set up in a different way than a 'let's try everything' film. I'm also curious to see how heavily it'll rely on Man of Steel. To me, this film looks like the 'true' start of the DCU, despite the fact that Man of Steel is how it officially took off.

What with movie prices being so much, I'm skipping this one theatrically. But, I am interested (yet cautious...) about seeing it. And, hey, isn't there an R-Rated version coming out for the blu-ray which will be 30 minutes longer??

VI: No more, No Less 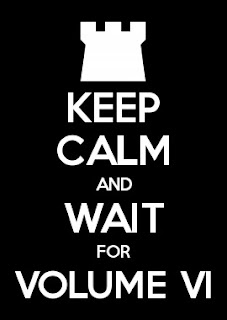 Well, another update… I’ve been too busy to blog lately. Not that much time in front of the computer in general, really.

I suppose it’s time to give a writing update, which is how I’ll ‘catch up’ on the blog this week.

It’s not big or major news, but I’ve come to the realization that my book series will be six volumes. This is nothing new, as I had always said ‘five or six’, or ‘if five is too large, I’ll do a sixth’. I’m just confirming that it will be six. No more, no less.

I’m piecing stuff together in my head (and my notes of course) and six volumes seems and feels more logical, organic and less stressful than limiting myself to five volumes. It also gives the story of the entire series more room to breathe and develop.  They won’t be huge books, but they’ll be a little bit larger than ‘normal’ (don’t count on any of them being less than 500 pages in hardback format, but no larger than 700 pages)

So, that’s the update: it will be told in six volumes. I won’t update you every step of the way, nor keep you completely in the dark, but I’ll keep you posted when I am confident in what I’m conveying, and won’t break my word. Although I highly doubt I’ll finish writing Volume I by this August…. [my original goal when I started back in 2012.]
Posted by insurrbution @ 16:06 No comments: