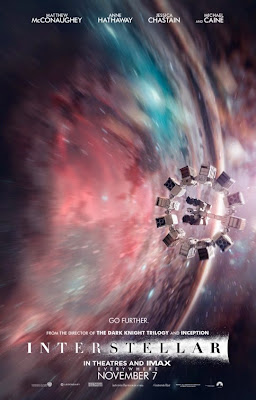 "Do not go gentle into that good night,
Old age should burn and rave at close of day;
Rage, rage against the dying of the light.


Though wise men at their end know dark is right,


Because their words had forked no lightning they
Do not go gentle into that good night.


Good men, the last wave by, crying how bright
Their frail deeds might have danced in a green bay,
Rage, rage against the dying of the light.


Wild men who caught and sang the sun in flight,
And learn, too late, they grieved it on its way,
Do not go gentle into that good night.


Grave men, near death, who see with blinding sight
Blind eyes could blaze like meteors and be gay,
Rage, rage against the dying of the light.


And you, my father, there on the sad height,
Curse, bless, me now with your fierce tears, I pray.
Do not go gentle into that good night.
Rage, rage against the dying of the light."
- Dylan Thomas

I admit, I am a fan of Christopher Nolan's work. Ever since Batman Begins wowed me back in 2005, I was looking forward to whatever this film maker could come up with. I also, 'got' his pattern during his trilogy. He would do a 'non-Batman' movie between Batman movies.

All of Chris' movies are pretty good, but I think Batman Begins onwards was when he truly became an exceptional filmmaker. I enjoyed The Prestige a lot more than The Illusionist. The film has said (in the trailers at least) 'are you watching closely?' Because that's the thing with Christopher Nolan's films - they are dramas mostly.

Christopher Nolan also would never put a movie into 3D. IMAX, sure. But not 3D. When 3D became all the craze thanks a little movie you my have heard about called Avatar, Chris said 'no.' regardless of what the 'general popular public' and studios were saying. In fact, from The Dark Knight onwards, Chris used IMAX cameras to film some scenes. Now, a good chunk of IMAX films are 'converted' into the format, not filmed in it.

Which brings me to Interstellar. This movie looks great, and deserves to be seen in theaters, and if possible, IMAX. As for the plot...sorry, won't say that here. I like going to into Christopher Nolan's films knowing as little as I can. Heck, I even avoid the trailer at the least. The 'teaser' trailer is usually the only one I'll watch willingly.

Once again, Nolan tackles sci-fi. He has done so before with the excellent Inception, but bring it to space in Interstellar. However, this is not an action movie. This is a space exploration movie. As great as it looks and sounds, this is not Star Wars. This is a sci-fi that is more similar to Close Encounters, The Right Stuff, or 2001: A Space Odyssey.

The cast is incredible - both in characters and acting. The story is great, and will make you wonder what will happen next..and how. The visuals (and audio) are top notch. The film is excellent, ambitious and beautiful.

In a world where what is on TV is, for the most part, superior to what's in the cinemas, Christopher Nolan reminds us why we go to the movies.