I just got word about a series of The Elder Scrolls books coming out next year.

No, these are not strategy guides, maps etc. but rather more about the histories, lore and in-game mythos that the games are so full with. Let's just say that these will be useful and entertaining for me when it comes to research and inspiration of my book series.... 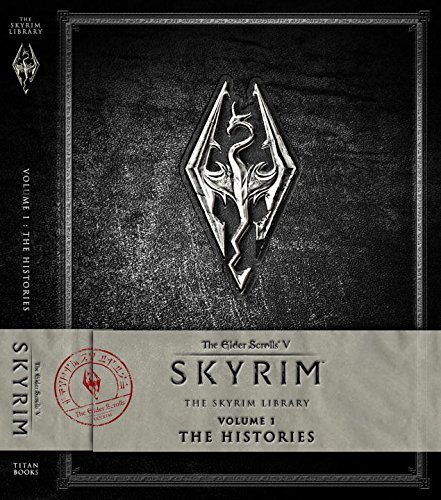 Here is the info from Bethseda's blog:


Not since Encyclopedia Britannica’s heyday have volumes of books looked this cool and demanded to be on your bookshelf. With The Elder Scrolls Online, two volumes covering “The Land” and “The Lore” feature never-before-seen art and extensive lore surrounding the game. Meanwhile, by popular demand, the Skyrim series offers the first opportunity to get all of the game’s in-game text across three volumes.
The first volumes of these books are expected to release in March of 2015. For more information, read the full press release below…

Step into the fantasy world of The Elder Scrolls Online with THE ELDER SCROLLS ONLINE: TALES OF TAMRIEL – a series featuring a vast collection of in-game lore and original art. The two bound volumes chart the ongoing struggles between the Aldmeri Dominion, the Daggerfall Covenant, and the Ebonheart Pact – as well as the deadly invasion of Daedric Prince Molag Bal. Each book features close to one hundred specially commissioned, never-before-seen pieces of art illustrating the lives, the land, and the lore of Tamriel at war.

From the archives of The Elder Scrolls V: Skyrim® come the collected in-game texts, THE SKYRIM LIBRARY. This lavishly bound, three-volume series chronicles for the first time all of Tamriel’s history, and covers a multitude of Elder Scrolls lore – including the cultures, creatures, magic, myths, and more – illustrated with stunning art.

Omar Khan, the series’ editor, is delighted to be a part of this new project, “I’m very excited to play a part in bringing the in-game text from Skyrim and The Elder Scrolls Online to print. Using art and text from Bethesda, we were able craft these amazing tomes that truly showcase the exceptionally well-written and in-depth lore that is the foundation of The Elder Scrolls.”

“One of the most important aspects of The Elder Scrolls series is the lore,” said Pete Hines, VP of Marketing and PR for Bethesda Softworks. “To have so much of its history chronicled in this way, accompanied by art sourced from the games, is very cool We’re excited to be working with Titan on this project, and for fans to see how much detail goes into the worlds our development teams create.”