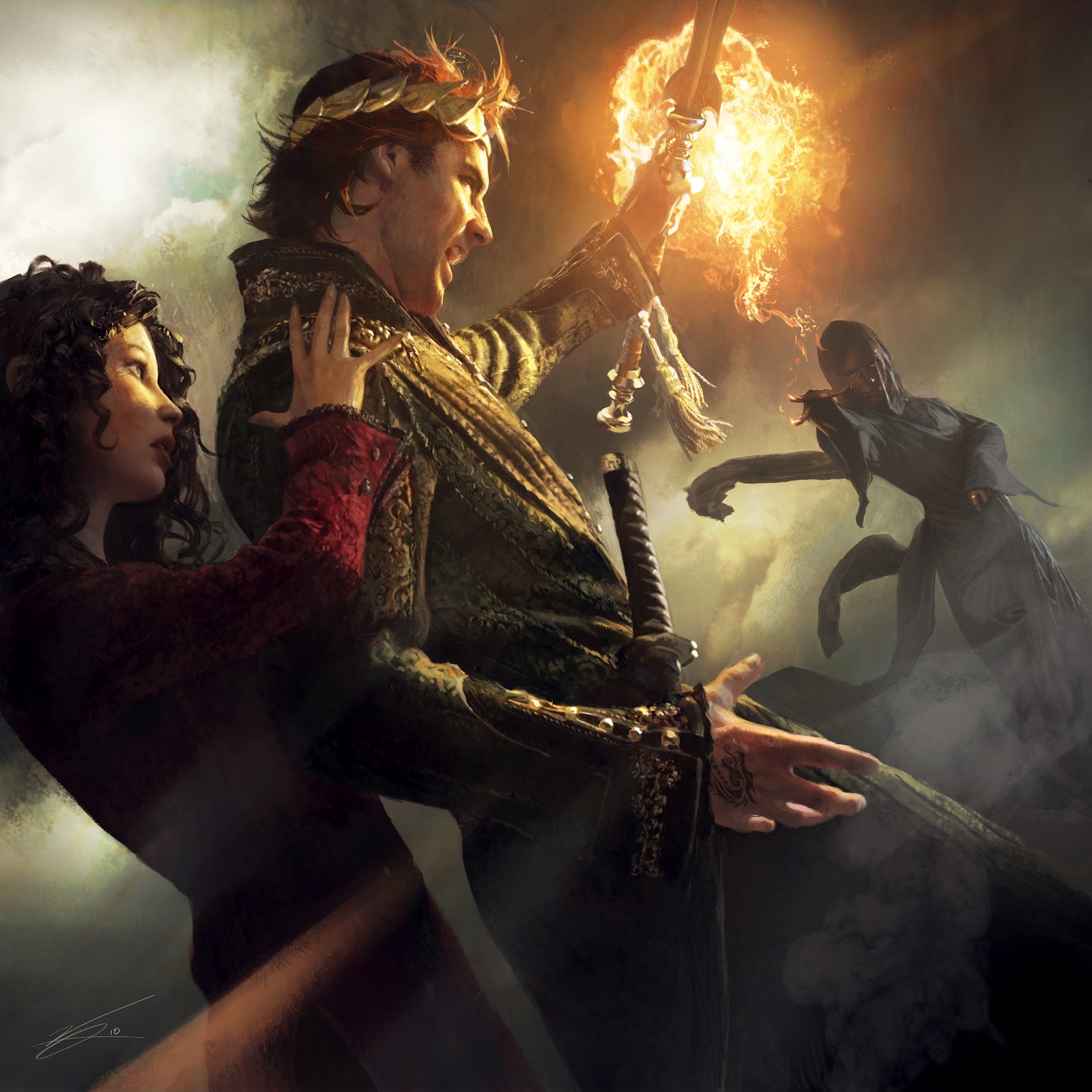 ....and now, I've finished reading the last Wheel of Time book Robert Jordan wrote (on his own, before Brandon Sanderson helped finish off the series.)

Sadly, this is the last book that Jordan himself had written completely on his own. He passes away before books 12-14 could be completed. I must say with that, as a last book, it's a great one for him to say 'farewell' with. It's too bad he couldn't live to see his own series see completion. The epilogue is a great exit for him as a writer - meaning that it's well written.

Onto The Ending of the Wheel of Time, assisted by Brandon Sanderson....

Since this is Robert Jordan's final novel (again, that he himself wrote on his own. Books 12-14 have both his name, and Brandon Sanderson's on them) I want to include this brief interview conducted by him and Amazon:

Q: What book has had the most significant impact on your life? A: The King James version of the Bible. That seems a cliche, but I can't think of any other book that has had as large an impact in shaping who I am.

Q: You are stranded on a desert island with only one book, one CD, and one DVD--what are they?
A: The one book would be whatever book I was currently writing. I mean, I hate falling behind in the work. The one CD would contain the best encyclopedia I could find on desert island survival. The DVD would contain as much of Beethoven, Mozart, and Duke Ellington as I could cram onto it.

Q: What is the worst lie you've ever told?
A: It's hard to think of one since I am genetically incapable of lying to women and that takes out 52% of the population right there.

Q: Describe the perfect writing environment.
A: Any place that has my computer, a CD player for music, a comfortable chair that won't leave me with a backache at the end of a long day, and very little interruption.

Q: If you could write your own epitaph, what would it say?
A: He kept trying to get better at it.

Q: Who is the one person living or dead that you would like to have dinner with?
A: My wife before anybody else on earth living or dead. That's a no-brainer.

Q: If you could have one superpower what would it be?
A: That depends. If I'm feeling altruistic, it would be the ability to heal anything with a touch, if that can be called a superpower. If I'm not feeling very altruistic, it would be the ability to read other people's minds, to finally be able to get to the bottom of what they really mean and what their motivations are.

Overall, I give this book a solid

Thank you sharing your stories with us, Mr. Jordan. I've enjoyed the books (and will most likely enjoy the last few I've to read). They weren't perfect, but they were still enjoyable.