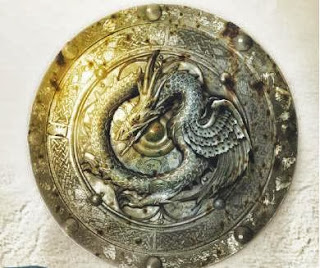 By now I am pretty sure that A Song of Ice and Fire Book Five, A Dance With Dragons, is now out in all countries and all formats on the planet.

I don't track international or foreign editions, so excuse my ignorance if you're still waiting for the book in some or form where you live.

In short, all the editions should be out by now. Since 'winter is coming' in exactly one month (and Christmas shortly after) I should also remind you that the first four books (as well as obviously the most recent one. George is working on the next book) are now out in all formats as well, allowing yourself or whoever you're buying for an easy catch-up in the series.

Although, waiting for things can be painful so I don't blame you if you're waiting for the final book to come out before even buying the series.

The best value of the series: (ISBN captioned with corresponding book). These are the US editions by Bantam. The UK softcover editions by Harper Voyager are as nice also.

Email ThisBlogThis!Share to TwitterShare to FacebookShare to Pinterest
Labels: A Dance With Dragons, A Song of Ice and Fire, After the Feast, books, Dreams and Dust, ebooks, fantasy, George R.R. Martin, reading