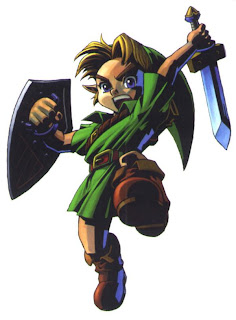 There are some technological gizmos I'm interested in getting in the near future.


When I was younger, I loved video games. Still do. I was a Nintendo boy, with love for Mario, Mario Kart, Smash Bros and Zelda games and series. As I got older, I wouldn't say I 'outgrew' gaming, I just don't do it as often. I'd like a computer good enough to be able to play a game, should I to try Skyrim, or some game here and there for instance.

Not quite a 'gaming' system but tech hardware regardless, is the ipad. With money I get for my Birthday (July 11, by the way) I will be getting the 32 GB black WiFi model; and of course a case. It will be mostly for apps and mobile web browsing. Then when I upgrade my computer, I'll get a powerful laptop instead of a desktop.

Then there's my mobile. My phone contract is up in August. I currently have an antique (Nokia slider) and want to get the Samsung Galaxy S III. I'd get the S IV but I have a feeling the S III will cheap, or free.

Back to gaming, though. Here's what I want to get between now and year's end, depending on finances. But this is just interest:
- Nintendo 3DS XL in blue
- Legend of Zelda (Ocarina of Time) for 3DS
- Super Mario 2 for 3DS
- Pokemon X (it's not out yet) for 3DS