Book (Re)Review: 'The Fires of Heaven' (Wheel of Time book 5) 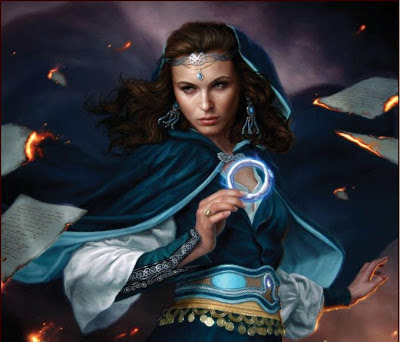 Another book in the 'Wheel of Time' series. Here is my review.
As the series goes, it does for the most part get better, yet more and more flaws surface. By the time I close the final book in the series, I may eat some of my words though.
The series, and books, remain interesting enough for me to keep reading, and wanting to read to find out what happens, and how it happens. Some downsides: I know it's a long series with large books, but at times things feel a bit *too* slow. Instead of taking 4-5 chapters for a character (or group of) to go somewhere or do something, why not 2-4 instead? Also, taking away some 'recap' (if this book five, we know what happened in the first four. Stop repeating yourself) we could end up with a book that is about 700-800 pages, instead of edging 1000. I'm sure when I get the end of the series, the amount of stuff I myself would personally take out could equal three books. We'll see though when I get to the end. Also, this isn't my series. some better editing is needed, I felt. There are some large books that don't *feel* long, in a negative way. It's all about pacing and editing.
Some of the characters act (or think) in a  juvenile way; and the author isn't too good writing women compared to Eowyn, Brienne, Arya or Dany from various other series.
Also, my favourite character is absent from this book but that does not hamper my review or enjoyment of this instalment. I'm sure we'll meet again shortly...
I give this book, again, a solid
4/5
I should also add that book 6 onwards will be completely new to me - I've never read further than the end of book 5.
Posted by insurrbution @ 23:43

Email ThisBlogThis!Share to TwitterShare to FacebookShare to Pinterest
Labels: books, fantasy, reading, The Fires of Heaven, The Wheel of Time