Here is my book (re)review of The Great Hunt….

A difficult task been fulfilled: a sequel has lived up the expectations of its predecessor. Recently, some books have been as good (or better) than the first installment. The Great Hunt is among these. With the world and mythology set up in The Eye of the World, we are given more. More characters. More action. More background. More story. Of course, there is more ‘new’. There is the introduction of the Seanchan, and with them, a different take on magic. Some of the main characters are able to ‘channel’, so understand the process a bit more because they are learning it themselves. We get a look at life at The White Tower, as well are introduced to more Aes Sedai characters (I’ve wondered, if during the age when men could (and openly) channel, were there female warders? So far it seems that the female Aes Sedai have male warders…) Not to mention, more on mythology and history, dealing with the Age of Legends, Artur Hawkwing and the Ogier.

I noticed that two characters from the first book, are barely in this one. I would say…they have about 75-100 pages total. I’m sure I’ll catch up with them (and meet ones) in the next book.

The second half of the book flows quicker than the first half, though not too fast. Fast enough to keep reading, and read more frequently than one usually does. I believe that this is due to the more adventurous nature of the books, and the series. A Song of Ice and Fire is a rich, deep read that requires patience and ‘absorbing’. So far, The Wheel of Time is more ‘direct’, even during downtime. In this second book, there is more action, in battle and plot both, and other ways than the first. The Eye of the World *could* have worked as a standalone book if the series didn’t take off or sell, much in the same way that if somebody where to only watch Star Wars from 1977, it could work as one film on its own. Using some more comparisons and examples, the way that the series continues from book 1 over to book 2 is different than Harry Potter or A Song of Ice and Fire where each book feels like the story are pieces of a larger story. I’m only two books in so far, so I may be wrong for the rest of the series, but so far, leaving The Eye of the World and entering The Great Hunt is best compared to watching The Empire Strikes Back after Star Wars, or playing an expansion pack for a video game.

It’s all great reading though – it is definitely a typical, traditional fantasy in the ‘vein’ of Tolkien. Similar elements are used, and it doesn’t feel overly blatant for any similarities. With a second book, the world is becoming more and more its own, characters are starting to change. Not only do I enjoy reading these books, they’re fun, but I also look forward to seeing how the series grows. Apparently, books 9 and 10 occur at the same time, but focus on different characters. A similar tactic has been used in another book (and) series I enjoy – this happened with A Feast for Crows and A Dance With Dragons in the Song of Ice and Fire series. I’m not sure ‘who got there first’ in using this tactic between Jordan and Martin (it was actually Tolkien if you read Lord of the Rings), but I don’t care – both series are fantasy, yes, but both are very different types, as I’ve mentioned before. But for now, onto book 3, The Dragon Reborn….

(I will post my review of each Wheel of Time book as I finish them. Once I finish the finale, A Memory of Light, that post will be big as it will be a review of ‘book 14’ as well the fact that it ends the series.) 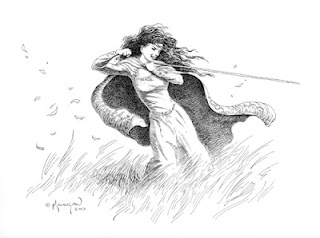 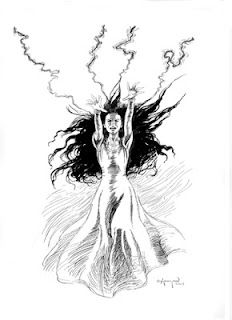 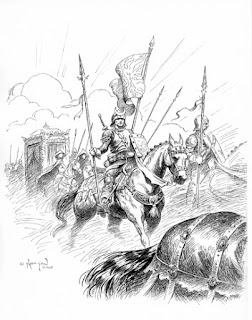 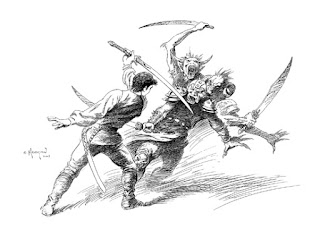 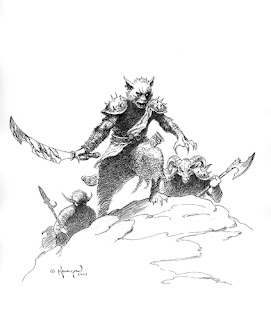 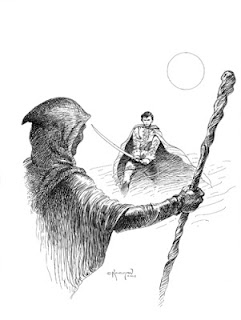 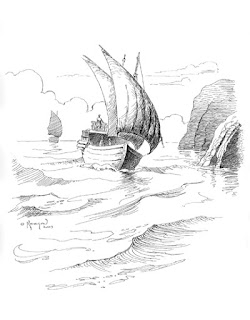 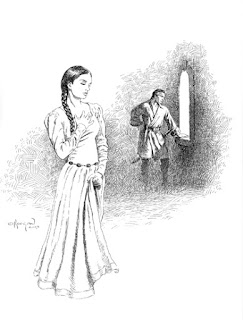 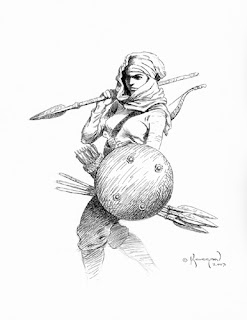 Email ThisBlogThis!Share to TwitterShare to FacebookShare to Pinterest
Labels: books, ebooks, fantasy, reading, The Great Hunt, The Wheel of Time