Earlier this week, my copy of House Season 8 on DVD arrived from Amazon. That will be the last time I get a season of the show, as it's the final one. That means no more tuning into FOX Monday nights. Now, it's time to reflect...


The final season of House concluded on May 21, 2012 after eight seasons. Eight. Wow, that many so soon? In retrospect, it doesn't feel like that many, but at times the series felt a tad drawn out. They could have done without a season's worth a material if you were to 'trim the fat'.

I remember getting interested in the show somewhere around the middle of season 3. It's been a couple years, but I remember getting the DVDs for seasons 1 and 2 a month or two before season 3 came out. Either way, pretty much straight when I begun watching, House has always been among my favorite TV shows.

But why? What's it about?

Well, let's take a closer look during our examination. 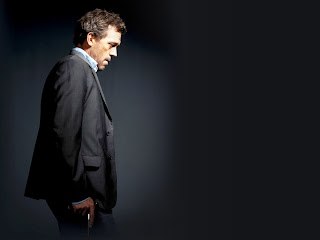 First and foremost, it's the character himself - House (no, not 'Holmes', though we'll get into that later on...) What separates House from other medical dramas is primarily the lead. Hugh Laurie does an excellent job portraying Gregory House, Head of the Diagnostics Department with dual specialty in Nephrology and Infectious Diseases. He and his team solve puzzling medical cases that are rare and next to impossible to diagnose because of the symptoms. Before I move onto the next segment, some of you may be wondering about the cane. In House's right thigh there's an infraction. Because of this, there's severe nerve damage and muscle death. He is in constant pain because of it, and relies on vicodin in order to function...or try to.

With Dr. House, he'll do whatever it takes figure out what's wrong with you, and (hopefully) get you better. But his intelligence and skill come at a price.
Essentially, he's an ass.
Witty, sarcastic, manipulative, antisocial, and drug-addicted. But he'll do whatever it takes, whether his methods will be conventional or not. Oh, and he hates authority. I can count only two or three times he wore a lab coat. His attire of choice is a blazer, jeans, t-shirt and sneakers (due to the leg?).

With every ying, there's a yang. For the series, House's 'other side' is his best friend, James Wilson (not 'Watson'). I find Robert Sean Leonard doesn't get nearly the recognition he deserves for his role on the series. Wilson works at the same hospital as House, Princeton-Plainsboro Teaching Hospital, but not with him. He's an oncologist, and offers support and/or help when House needs it (whether or not he wants it) or to try to reel him in if he goes too far; whether it be from taking too much vicodin, or an unethical way of running a test. At times House's team (consisting of various members over the course of the series) help him, but it's Wilson who is 'there' for him, especially out of the hospital. Him being an oncologist is symbolic if one considers House to be a cancer.

The series is about trying to solve a puzzle, which is to diagnose the patient. It's a darker drama, even with its humor being dry, due to House's personality. It's always amusing to watch him, genius of diagnostics, interact in the clinic exam room. It doesn't rely on comedy or romance, though those elements do appear. 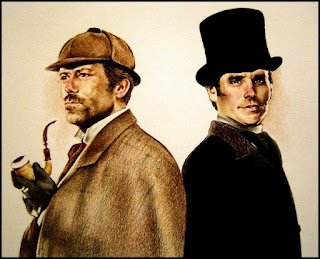 One element about House I personally enjoyed are all the little references to Sherlock Holmes. His address is 221b. They're both drug addicts (House is vicodin, Holmes is cocaine). Look at the title: House = Homes = Holmes. James Wilson = John Watson, both of whom were thrice married. Holmes passes the time between cases by reading monographs, House watches soaps (General Hospital I believe he said once). They are both brilliant, arrogant and single-minded in their pursuit of 'The Answer'. And without giving too much away, look at how House pulled a fast one on us, much like Holmes...

Worth mentioning, House has also done well awards-wise. Here's a look at some of its honours.

Looking back, it's been great spending some time with House and the gang. The finale was quite good. As with any series finale, fans will be divided. I don't think there's a great 'rift' between liking the final episode and hating it if you were to compare the final episode to the final episode of Lost or Battlestar, for instance. Looking back, it was quite well done.
Will I miss it week by week? Probably not. It will feel weird at first: 'oh right, House is over!'. Someday I'll do a re-watch, whenever I feel the need to experience the series again. If you've never seen it and are interested, it's worth giving it a shot. Now that all the seasons are out to buy, it shouldn't be too difficult viewing the entire series, no matter which method you choose to do so. Especially if it's unorthodox.

On the whole, I rate the series:

As a part of my retrospective, here are some posters over the course of the show's history. As for me, I'm done writing this post, so it's time for some pictures. Props to Google, the web itself, wikipedia and IMDB for some info. 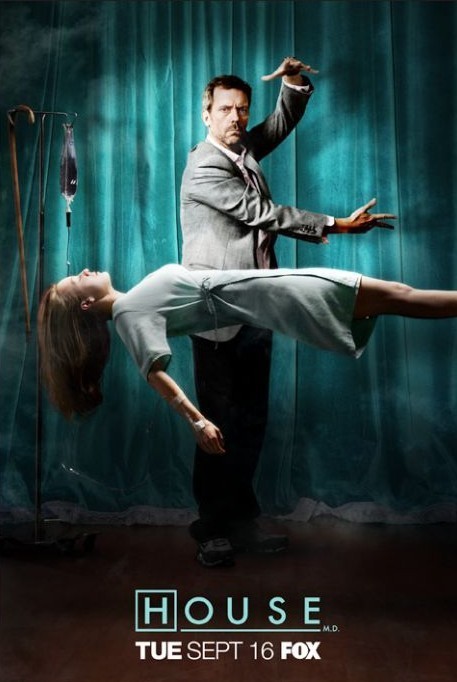 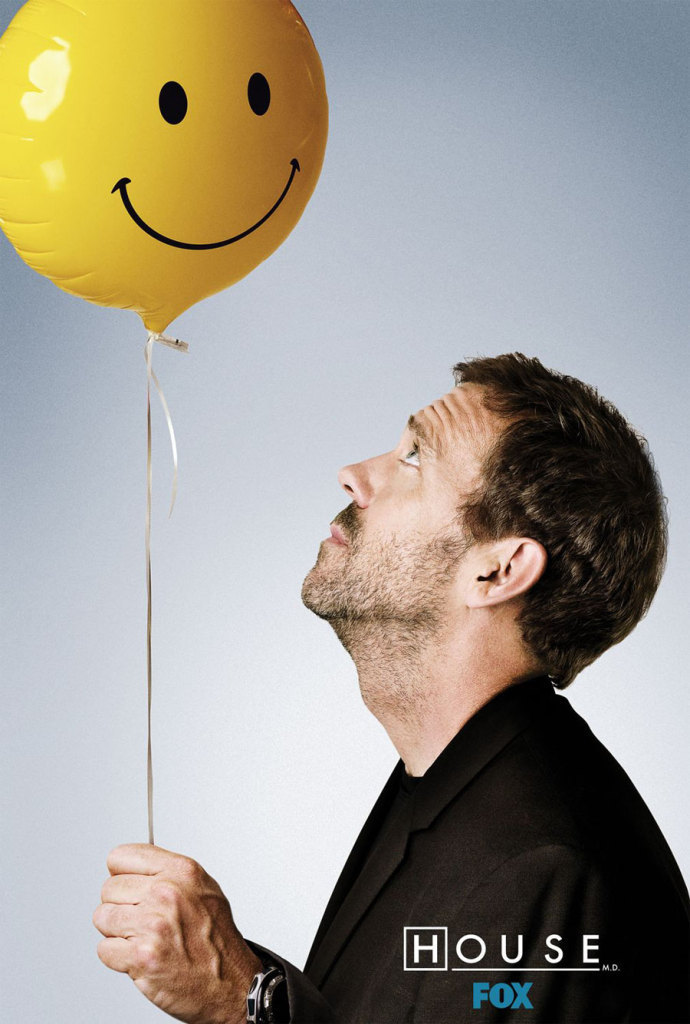 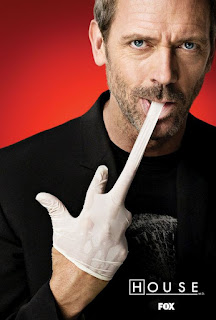 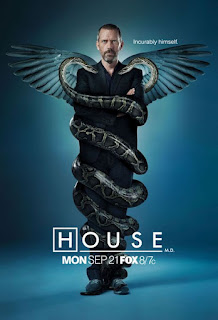 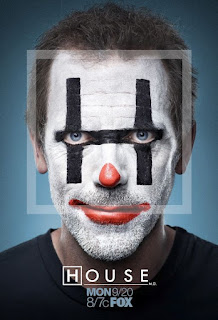 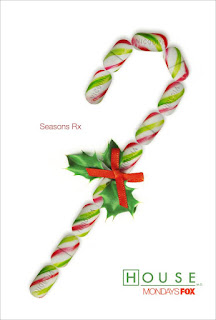 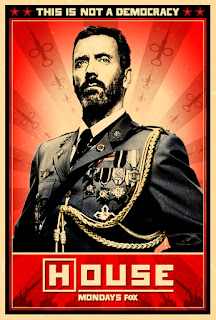 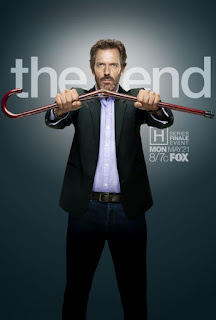